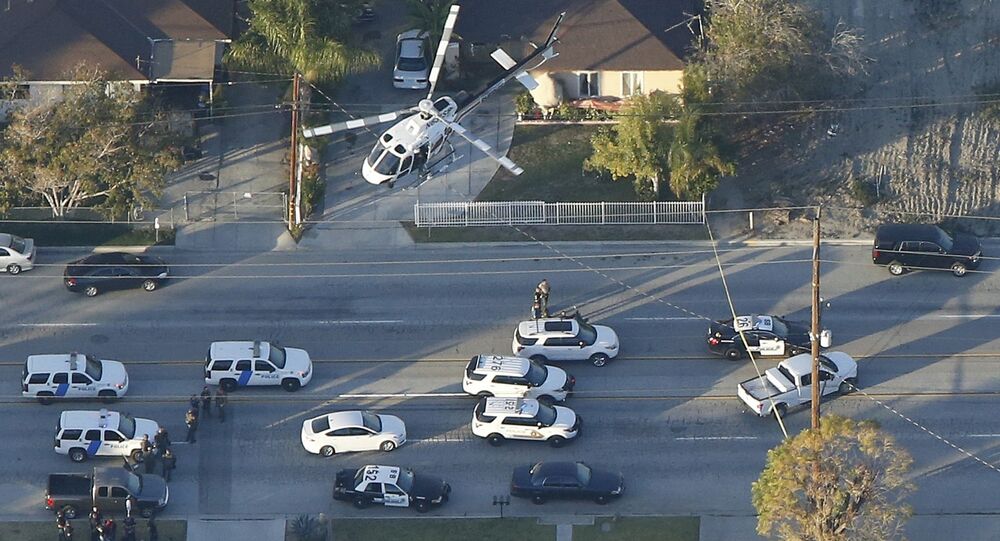 The residents of San Bernardino, California should share any available information to help reconstruct the actions of the terrorist couple that killed 14 people on December 2, Federal Bureau of Investigation (FBI) Los Angeles Assistant Director David Bowdich said in a press conference on Tuesday.

WASHINGTON (Sputnik) — The FBI noted that the attackers had been under the influence of radical Islamist ideas, and carried out the assault as an inspired terrorist act.

"The missing timeline I have, and this is where I am asking for the public’s assistance, is from 12:59pm to 1:17pm on December 2," Bowdich stated.

On December 2, a radical Islamic couple shot and killed 14 people at the Inland Regional Center in San Bernardino, and injured 20 others. US-born Syed Rizwan Farook and his Pakistani wife Tashfeen Malik carried out the attack.

Bowdich urged the public to share any evidence in their possession that shows the terrorists’ movements.

"We want to make absolutely certain that we know as much as we can possibly know about their activities both, before and after the attack," Bowdich added.

US Admits Inability to Defeat ISIL in 2016