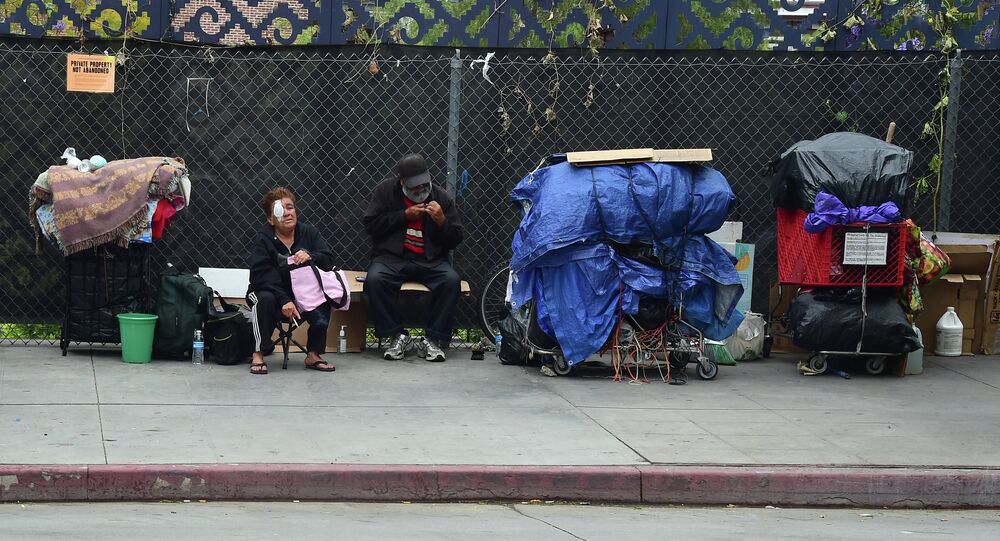 The US capital increased its homeless population by more than 60 percent in 2015.

YouTube
Seattle Cop Violently Assaults Homeless Man for No Reason (VIDEO)
The biggest cities in the US are struggling from a lack of homeless shelters and food pantries as they appear unable to cope with the rising number of homeless people nationwide, a study by the US Conference of Mayors revealed on Tuesday.

The past year has marked the year of homelessness in the US as Los Angeles, Washington, D.C., and Seattle — America's most populated areas — hosted a huge jump in the number of people on the streets, according to the Hunger and Homelessness study. Washington, D.C. ranks first in the list of cities with homeless as figures say it has 28 percent more homeless and 60 percent more transient families. The demand for food for the hungry rose 27 percent over last year's.

The survey said that across twenty-two cities including Chicago, San Francisco, Philadelphia, and Baltimore, homelessness rose by 1.6 percent overall  and handouts increased by 3 percent over the past year.

Chris Catarusa, 33, served with the US Marines in Iraq. This Christmas he's #homeless in USA https://t.co/dxxBjtijUU pic.twitter.com/Phc9SPlSQa

Previously, low wages and high-priced housing have been mentioned by mayors of major American cities as the primary reasons for rising hunger and the increase in homeless flooding the streets. As a result, over the last year mass protests around the country have pushed for increases in wages as a way to eradicate poverty caused by low incomes that push people and families out of their homes.

Screenshot
More Than a Dozen US Cities Destroy Homeless Camps Days Before Christmas
In 2015, New York, Massachusetts, Los Angeles and 11 other big cities reached a new record-breaking minimum wage of $15, said a press release by the National Employment Law Project published on Monday.

Hunger in the US is now the highest since the 1930s, the era of the Great Depression as recent years have seen dramatic cuts to the food budget.

Major US Cities In States Of Emergency Over Homeless Crisis https://t.co/vaVQbXeeFz

Los Angeles, Hawaii, Portland, and Oregon have recently declared a state emergency to deal with their large homeless populations. The declarations mean increased funding for housing subsidies and shelters, as well as easing the way for building more affordable housing.