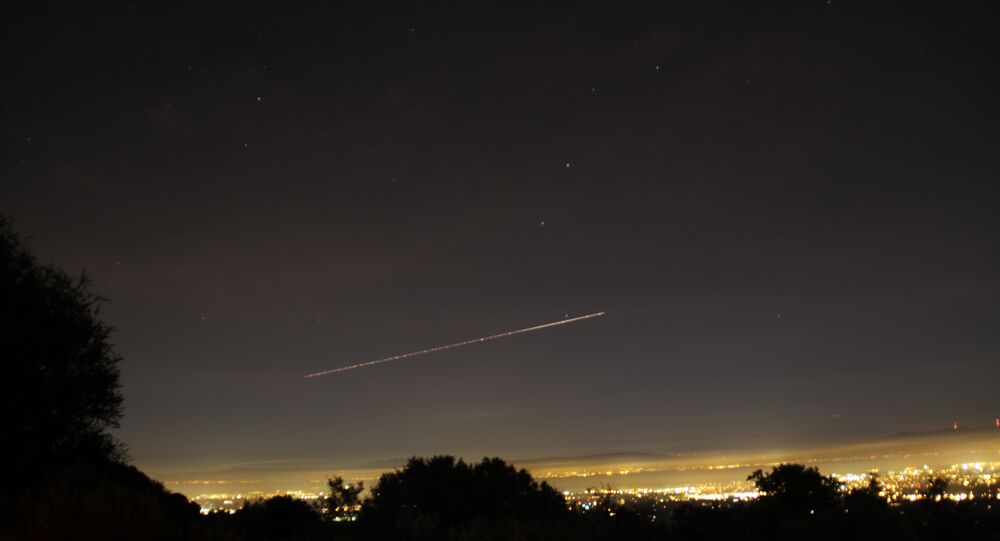 Russian Rocket Freaks Out Skywatchers From California to Nevada

A bright light seen racing across the sky from California to Nevada on Tuesday evening has been revealed to be debris from a Russian rocket, and not a meteor like many stargazers initially thought.

The flash of light lasted for approximately 10 minutes, prompting many to take to social media to post about the strange sighting. Viewers reported it to look like a fireball with debris falling from it as it travelled through the sky at around 6:00 PM PST.

The debris was described as looking like a comet with a long tail, leading many to think it was part of the Ursid meteor shower, while others insisted that it was a UFO.

Reports of rocket sightings came in from Indio, Death Valley, Santa Barbara, Ventura, Corona, Irvine and Las Vegas, before it entered the atmosphere over Arizona and burned up, CBS reported.

NASA reportedly received so many calls about the mysterious fireball that the Jet Propulsion Laboratory and the North American Aerospace Defense Command decided to investigate.

Late Tuesday evening, the US Strategic Command of the Department of Defense announced that they had determined that it was a Russian SL-4 rocket body:

“US Strategic Command’s Joint Functional Component Command for Space (JFCC Space), through the Joint Space Operations Center (JSpOC), removed a Russian SL-4 rocket body from the US satellite catalog as a decayed object after it reentered the atmosphere today over North America (vicinity Arizona) at approximately 1908 MST…Additional questions about the rocket body should be directed to Russian authorities, particularly Roscosmos (Russian Federal Space Agency).”

It turned out to be the Russian Soyuz rocket that launched Monday, carrying the Progress spacecraft to the International Space Station.