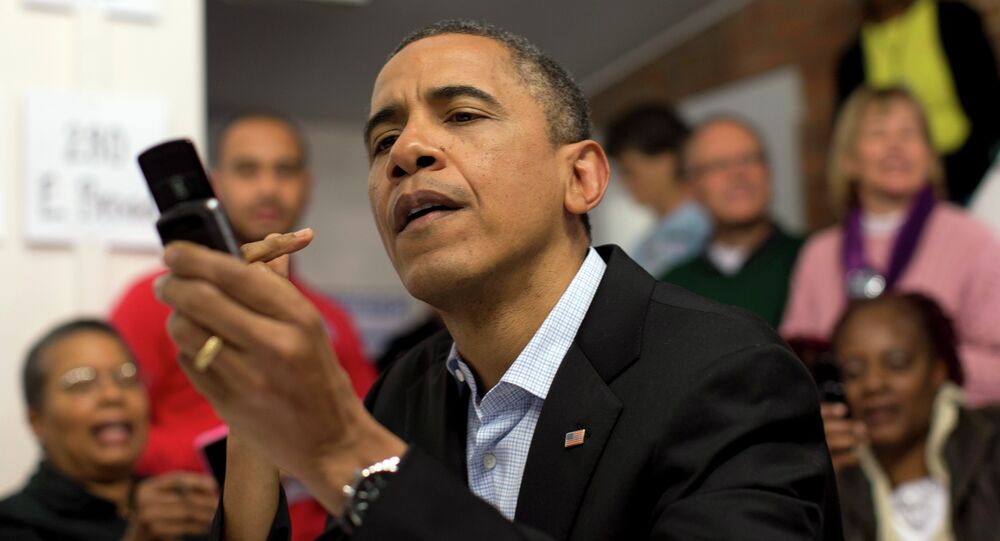 Cyberhawk, Yellowstone, Blackfin, Maximus, Cyclone, and Spartacus - these are not the names of characters from a children’s action movie. These are the names of surveillance devices that the Obama administration uses to spy on American citizens through their cellphones.

"The Intercept obtained the catalogue from a source within the intelligence community concerned about the militarization of domestic law enforcement," the report stated.

The report, received from an anonymous source within the intelligence community, covers spy techniques used by local and federal US law enforcement.

The devices have several modes of use. Some are portable, others are designed to be used at static locations. The CIA, the NSA, and US Special Forces were indicated to be developers and vendors of the devices, according to the document.

While developed primarily for military and intelligence targets, the devices are known to be widely used by local police who justify their use in the wake of a perceived local terrorist threat.

One device is capable of spying on 10,000 mobile phone users simultaneously, to identify their location, wiretap, and catch SMS-messages.

Civil liberties activists slammed the use of devices, pointing out that their use by local police contravenes the constitutional rights of US citizens and is "different from a military context," as the country is not at war.

Cellphone surveillance is a contentious issue. It's no secret that the intelligence community has traditionally spied for the military and government. Now surveillance has gone beyond traditional use.

"It can take decades for the public to learn what our police departments are doing, by which point constitutional violations may be widespread," Nathan Wessler, a staff attorney with the Speech, Privacy, and Technology Project of the American Civil Liberties Union said. "By showing what new surveillance capabilities are coming down the pike, these documents will help lawmakers, judges, and the public know what to look out for as police departments seek ever-more powerful electronic surveillance tools."

The catalogue includes details on the Stingray cellphone surveillance technology and dozens of "more obscure devices that can be mounted on vehicles, drones and piloted aircraft," which are designed to "track the physical location of a suspected terrorist."

​Some 60 law enforcement agencies in the US are believed to possess a Stingray or some other type of cellphone-site simulator. Many pundits claim that the number is far below the real total.

How much of their budget local law enforcement spends on Stingray, or similar technologies, is not known, as many systems are purchased with proceeds from the sale of assets seized under federal civil forfeiture law, in drug busts or other operations. Police in Illinois, Michigan, and Maryland have reportedly used asset forfeiture funds to pay for Stingray-like equipment.

"The full extent of the secrecy surrounding cell-site simulators is completely unjustified and unlawful," Jennifer Lynch, a senior staff attorney at the Electronic Frontier Foundation said. "No police officer or detective should be allowed to withhold information from a court or criminal defendant about how the officer conducted an investigation."

FBI, NSA, and the US military have not commented on the report despite requests by The Intercept.

In November, the US Supreme Court rejected a request to reconsider a lower court decision allowing the federal government to access cellphone location data without warrant.