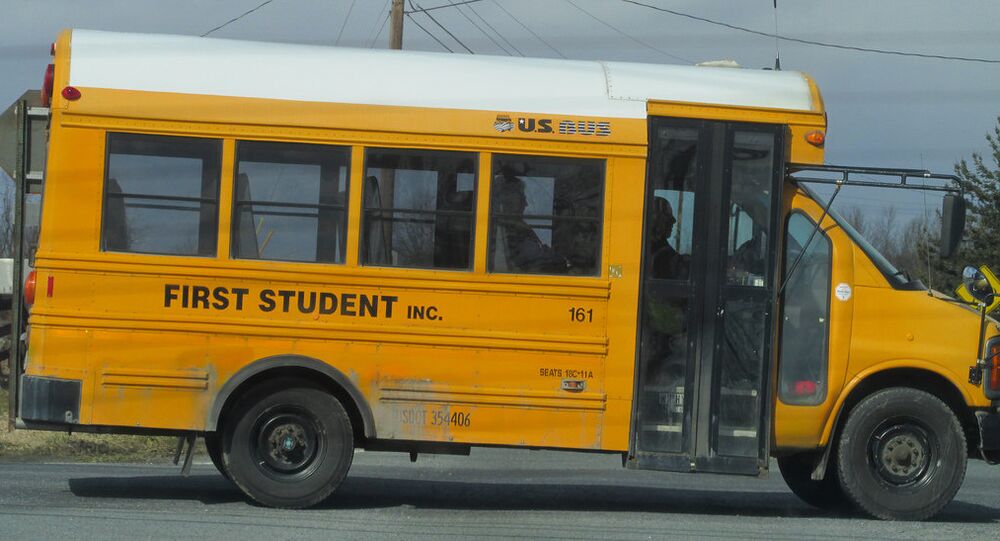 If you teach US history and you are a Muslim, be ready for ethnic attacks in class.

© Flickr / Max Klingensmith
Did You Know? Teachers Can Legally Hit Kids in 19 US States
Sireen Hashem received series of complaints from parents of children studying at a New Jersey high school after she showed a documentary concerning Nobel Laureate Malala Yusufzai. Hashem was asked by the school to not "mention Islam in class" when teaching US history.

In response, the teacher filed a lawsuit against the Flemington, New Jersey school and the local government, following her dismissal in April 2015 after two years of teaching, she was described as being "trouble" because of her religious beliefs, Courthouse News reported.

On Monday, a Federal Court heard the teacher's lawsuit against Hunterdon County, its Board of Education and superintendent, the Hunterdon Central Regional High School and its principal and two teacher/supervisors.

In the lawsuit Hashem claimed that the video of Malala Yusufzai, the youngest person ever to win a Nobel Prize and an activist who continues to advocate for girls' and women's education even after the Taliban shot her in the head, was shown "at the suggestion of" another teacher, who showed the video earlier in the day to another group of students.

Hashem's supervisor in the Social Studies Department, Robert Zywicki, told her that following complaints from parents "she [Hashem] could not teach current events in the same manner as her non-Arab, non-Palestinian and non-Muslim colleagues."

In September 2014, a student accused Hashem's brother of terrorism on Facebook and labeled the teacher as anti-Semitic because she was allegedly trying to "instill anti-Semitic views in students and warned that plaintiff may hurt students who did not agree with her."

The following day, according to the court documents, Hashem was confronted by her colleagues "who accused her of not sticking to the curriculum, questioned her about her teaching and how it related to the common core, accused her of discriminating against Jewish students, and also questioned her about her place of birth, her family, and her personal life."

Some days after, according to the court documents, "Defendant Steffner told plaintiff that she caused trouble because she was Palestinian since the day she started working at the high school, making reference to the Malala Yusufzai video," the complaint states. "When plaintiff countered that Lindsay Wagner [the other history teacher] used the same video and it was not a problem, defendant Steffner slammed her hand on the table and said, 'You are not Lindsay.' Unlike plaintiff, Lindsay Wagner is not Arab, not Palestinian and not Muslim."

According to Hashem, a rabbi and several parents then complained to teachers and the Board of Education and demanded her dismissal, "solely because of her heritage and religion."

Gunman Shoots to Death One Passerby, Injures Two Others in New Jersey

At Least 2 Killed in Shooting at New Jersey Nursing Home