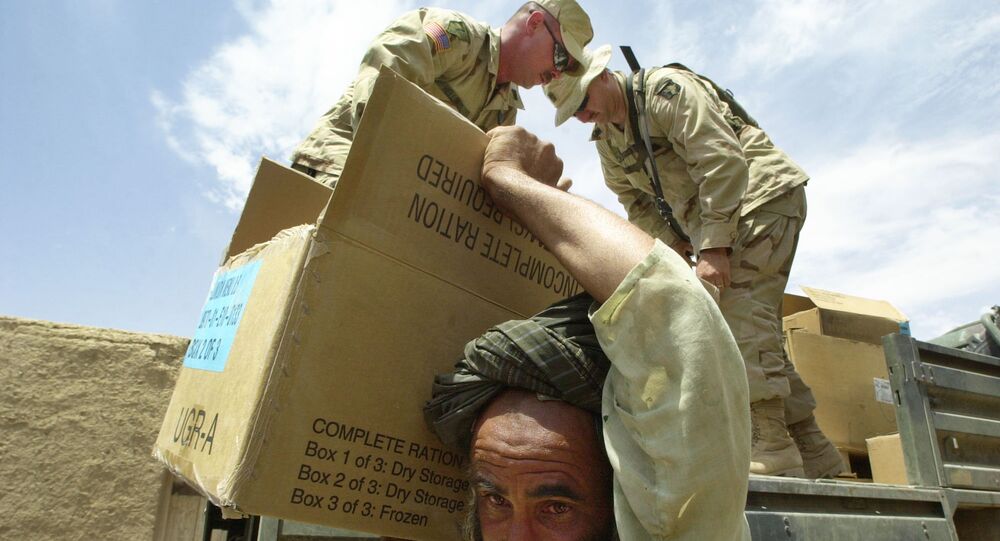 US Sergeant Jailed for Taking Bribes From Afghan Aid Contractors

US Army Sergeant Ramiro Pena, who was sentenced to 24 months in prison for taking bribes, used the bribe money to purchase a Harley Davidson motorcycle, which he now has to forfeit along with the Rolex and cash, according to the US Department of Justice.

US Army Official Sentenced to 3.5 Years in Prison for $30,000 Bribe
WASHINGTON (Sputnik) — The United States sentenced Army Sergeant Ramiro Pena to 24 months in prison for taking bribes from humanitarian aid vendors in Afghanistan in exchange for supply contracts, the US Department of Justice said in a press release on Thursday.

© Fotolia / Andrey Burmakin
Judge Tried to Bribe FBI Agent With Beer to Get Family’s Texts
The US Sergeant, according to the release, sent roughly $22,000 to his family in Kentucky, spread among numerous greeting cards "to avoid drawing attention to the thickness of any particular envelope."

He also used the bribe money to purchase a Harley Davidson motorcycle, which he now has to forfeit along with the Rolex and cash, the release added.

The Special Inspector General for Afghanistan Reconstruction (SIGAR) has previously reported that billions of US taxpayer dollars have been wasted in Afghanistan because of contractor bribery schemes, fraud and gross overbilling.

In the first half of 2015 alone, at least five US military personnel have been indicted on bribery and theft charges in Afghanistan, according to the SIGAR.

Former US Army Contract Official Gets 3.5 Years in Prison for Bribery