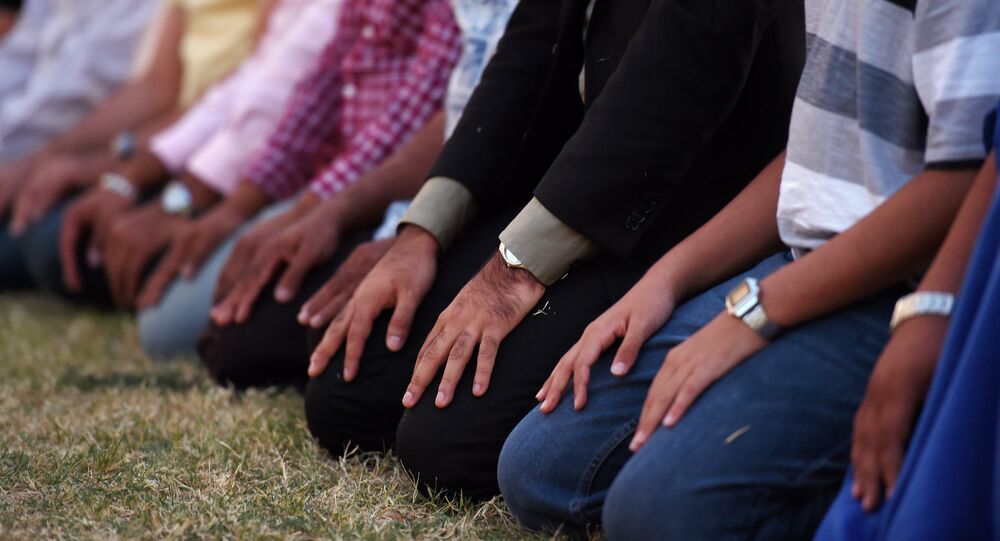 Armed anti-Islam protesters have stepped up their harassment of Muslims outside of Texas mosques since the Paris attacks, but now one group has taken it even further and listed the addresses of dozens of local Muslims and "Muslim sympathizer(s)" on Facebook Tuesday.

© AP Photo / Militant photo
'Never Saw Them at the Mosque': Paris Attackers Weren't Practicing Muslims
On Saturday, approximately a dozen right-wing extremists gathered outside the Islamic Center of Irving mosque during afternoon prayers, citing the attacks in Paris as their motivation.

The Anti-Defamation League, one of America’s largest and most influential civil rights groups, has spoken out about the protest, saying that people in the United States should have the right to practice their religion as they choose.

​David Wright III, the leader of a protest designed to intimidate Muslims, has taken his hate and Islamophobia a step further by publishing a list of names and addresses to his group’s Facebook page.

The group, which call themselves the "Bureau on American Islamic Relations," claims that those listed "stood up for Sharia tribunals.”

At least some of the names on Wright’s list were of people who had previously asked the Irving City Council not to support the "American Laws for American Courts" bill, which forbid Texas judges from using foreign laws in their rulings.

On Monday, the Dallas Morning News published an editorial decrying the protest, stating, “We all should collectively pray for peace — in whatever house of worship we choose — and leave our guns at home.”

A counter-rally is planned for Saturday outside the Irving Islamic Center, to protest the hate group and over 100 people have already signed up to attend.