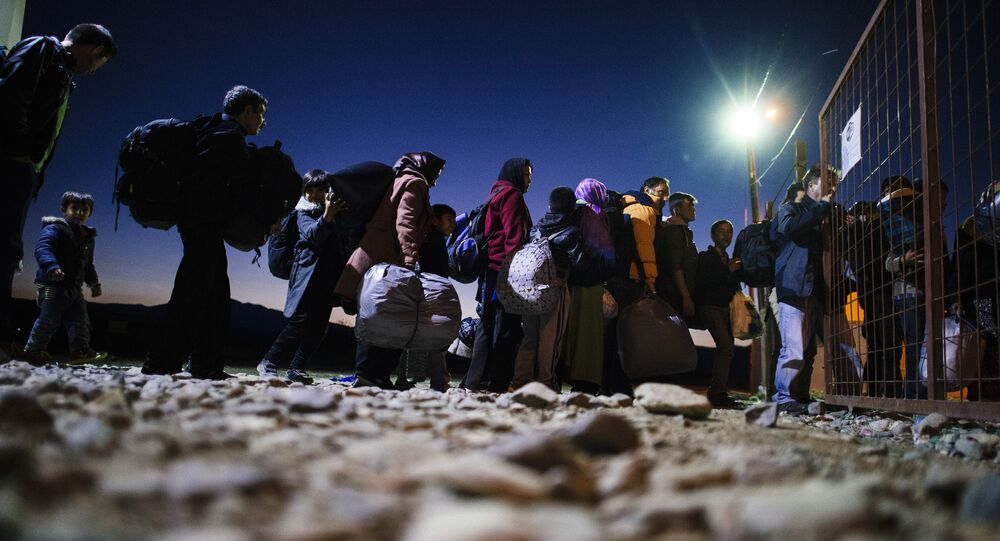 A civil liberties watchdog in the US state of Indiana filed a lawsuit against state authorities on Monday to stop attempts by the governor to suspend resettlement of Syrian refugees, according to a statement.

MOSCOW (Sputnik) — The American Civil Liberties Union (ACLU) of Indiana claimed that actions by Gov. Mike Pence and the secretary of the Indiana Family and Social Services Administration violated the US Constitution and federal law.

"Decisions concerning immigration and refugee resettlement are exclusively the province of the federal government, and attempts to pre-empt that authority violate both equal protection and civil rights laws and intrude on authority that is exclusively federal," ACLU Indiana legal director Ken Falk said.

The lawsuit was filed on behalf of Exodus Refugee Immigration, a refugee resettlement agency located in Indianapolis. In the past fiscal year, it helped settle 892 refugees, including some Syrians.

© REUTERS / Ognen Teofilovski
Migrants' Mouths Sewn Shut While Macedonia Border Stays Closed
Approximately that number is expected to be resettled in the United States in 2016, including 19 Syrians approved for refugee status by the federal government. They are expected to arrive in Indiana in the next weeks of months, according to ACLU.

Judy Rabinovitz, deputy legal director of ACLU's immigrants' rights project, said that Indiana authorities had no legal right to "pick and choose" between lawfully admitted refugees or single out Syrians for exclusion.