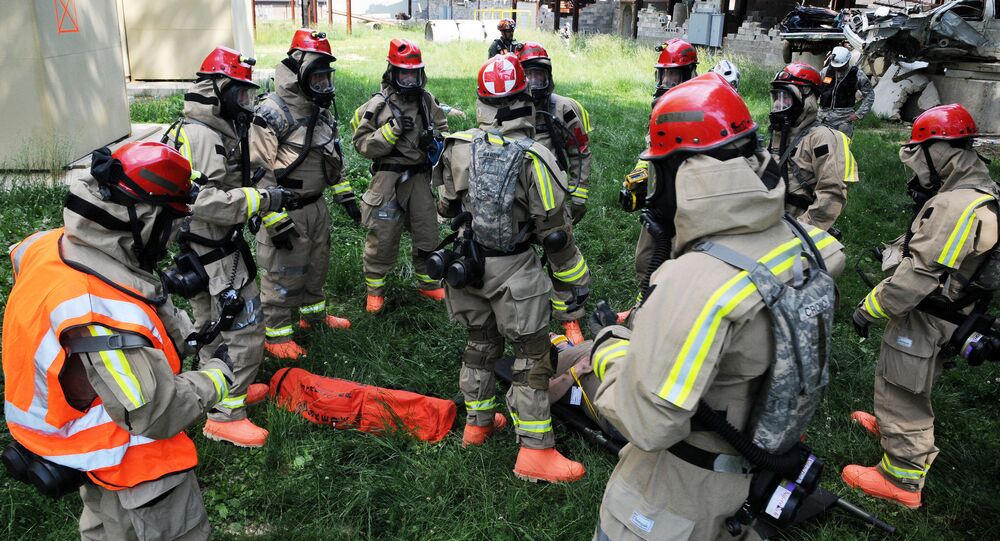 US Bioterrorism Gen-2 Detection System May Not Actually Work

The report of the US Government Accountability Office (GAO) noted that the US Department of Homeland Security (DHS) has not been systematically testing the system to detect terrorist biological attacks, BioWatch Gen-2, in realistic conditions.

WASHINGTON (Sputnik) — The system designed to detect terrorist biological attacks, BioWatch Gen-2, cannot readily be relied on because the US government has failed to properly test its technical capabilities, the US Government Accountability Office (GAO) said in a report on Monday.

"Considerable uncertainty remains as to the types and sizes of attack that the Gen-2 system could reliably detect," the report stated.

In 2003, former President George Bush introduced the BioWatch system to detect and defend the United States from biological attacks. The system includes a network of air samplers across the United States.

YouTube/Snapshot
Terrorists May Use Commercial Drones for Chemical, Biological Attacks
However, the report noted that the US Department of Homeland Security (DHS) has not been systematically testing the system in realistic conditions.

"DHS officials have stated that the system’s operational objective is to detect attacks large enough to cause 10,000 casualties, but DHS cannot conclude with any defined level of statistical certainty that the system can reliably achieve this objective," the report said.

The revelation about the US bioterrorism detection system came following a warning from French Prime Minister Manuel Valls last Thursday that terrorists could carry out chemical or bacteriological attacks.