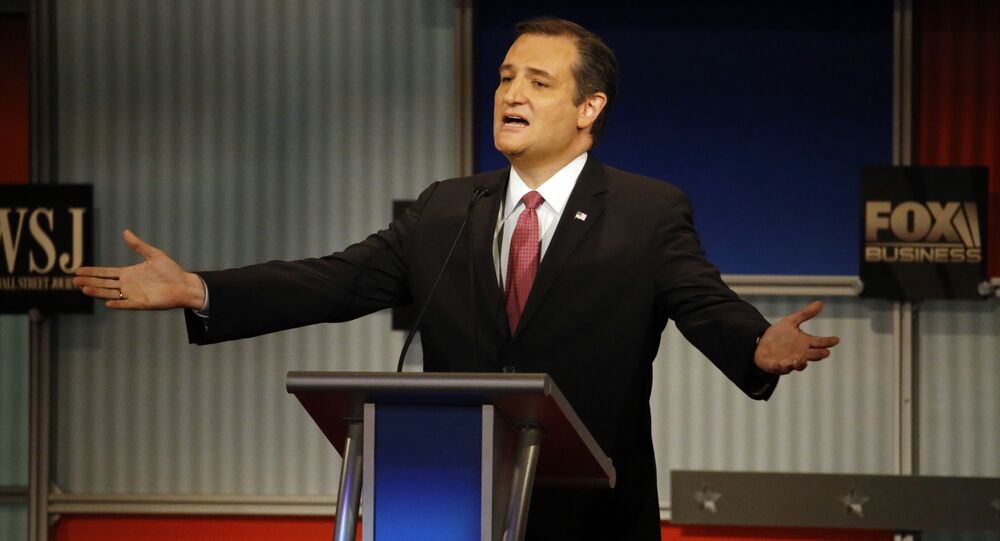 One of the most immediate effects of the Paris terror attacks is the unification of the US Republican party in vilifying Syrian refugees. President Barack Obama has called this reaction "shameful." Republican presidential hopeful Ted Cruz’s response to Obama? A challenge to some sort of bare-knuckle brawl, it would seem.

In the wake of the terror attacks in Paris, the American right has been quick to criticize the Obama administration’s plan to accept 10,000 refugees fleeing war torn Syria. Never mind that these refugees are innocent – and carefully vetted – individuals who had nothing to do with the events of Friday night, more than two dozen US governors and most Republican presidential candidates have pledged to keep those families from entering the United States on national security grounds.

But among the most reprehensible alternatives is a proposal to administer religious tests for any asylum seekers. Those confirmed to be Christian would be permitted to stay, while those deemed to be Muslim – or, presumably, anything else – would be out of luck.

Even setting aside the practical problems such a test would have to face – any would-be terrorist could probably manage to memorize the Ten Commandments for a day – its implementation would be a violation of America’s core values. In the land of the free, no one should be forced to pass a religion test, and any legal challenge would likely result in a rejection of such blatant preferential treatment of Christians by the federal government.

This is something one would think that Texas Senator Ted Cruz, a self-proclaimed "constitutionalist," would understand. But he has been one of the most vocal supporters of the tests, and on Wednesday, he had some fightin’ words for the president’s recent criticism of the proposal.

"Let’s have a debate on Syrian refugees, right now," Cruz said in an interview with NBC, staring right into the camera.

© AP Photo / Charlie Neibergall
Sixth Sense? Trump Claims When It Comes to Terrorism, He 'Can Feel It'

First of all, President Obama never mentioned Cruz by name when criticizing the proposal.

"When I hear folks say that well maybe we should just admit the Christians but not the Muslims, when I hear political leaders suggesting that there would be a religious test for which a person who is fleeing from a war-torn country is admitted…That’s not American. That’s not who we are," the president said during a news conference at the G20 summit in Turkey on Monday.

Secondly, Cruz’s insinuation that President Obama waited to make his "utterly unfitting" remarks until he was safely out of the country, well-enough away from Cruz’s raging fisticuffs, is, frankly, adorable.

Whatever rubric Cruz wants to set for his Christianity tests, it likely will not make reference to Mark 12:31, "You shall love your neighbor as yourself. There is no other commandment greater than these."

Math is Hard: Ted Cruz Fumbles Number of Agencies He Wants to Eliminate