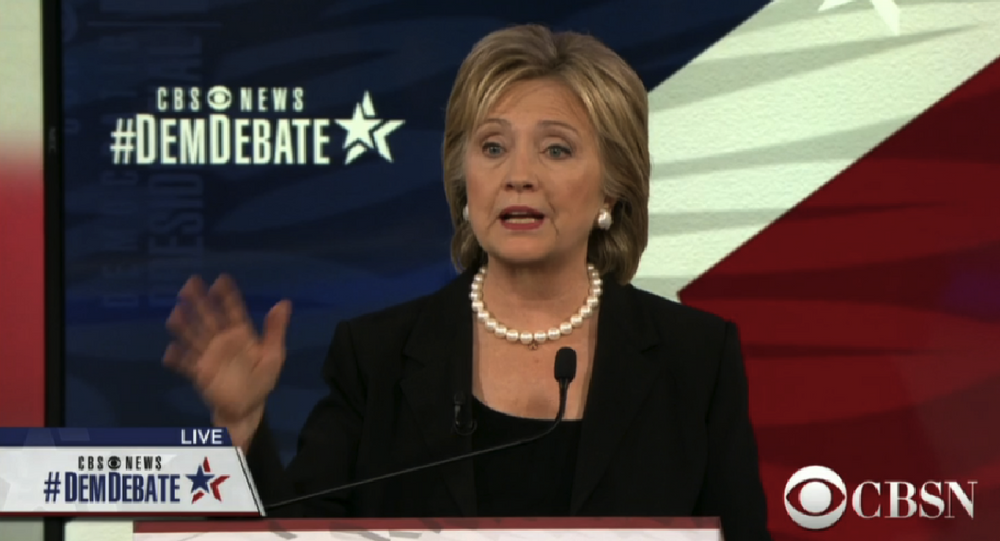 The former Secretary of State now the frontrunner for the Democratic presidential nomination is insisting that the United States should not take the lead in fighting ISIL. "We will support those that take the fight to [ISIL]," she argued.

Democratic frontrunner for Hillary Clinton, who most recently served as Secretary of State under President Obama, has said that the US should not lead the fight against the so-called Islamic State, known as ISIL.

© AP Photo / File
Jeb Bush Slams Bill Clinton for Not Pursuing Bin Laden More Agressively
Clinton had received the first question:  Did Obama underestimate ISIL? While she did not directly answer the question, she did say that ISIL "cannot be contained it must be defeated,”

However, she argued that military action "must be used as a last resort."

"It cannot be an American fight… we will support those who will take the fight to [ISIL]," she said.

When she was pressed to answer the question, Clinton said that the Iraqi army “was prepared to defend Iraq” when the Obama administration left. She put the blame on premier Nouri al-Maliki who she says decimated the army. It was only after then that ISIL came onto the scene.

"I don’t think that the United States has the bulk of the responsibility. I really put that on Assad, and on Maliki, and on the region itself," she said.

We are now bombing ISIS in Libya, the crown jewel of former SecState Clinton's achievements.

Martin O'Malley, the former governor of Maryland countered Clinton, calling ISIL "evil," adding that it's the America's "role in the world is to confront evil when it arises."

"This actually is America’s fight," he said. "We must rise to this occasion."

Death Penalty in US Should Be Limited – Clinton