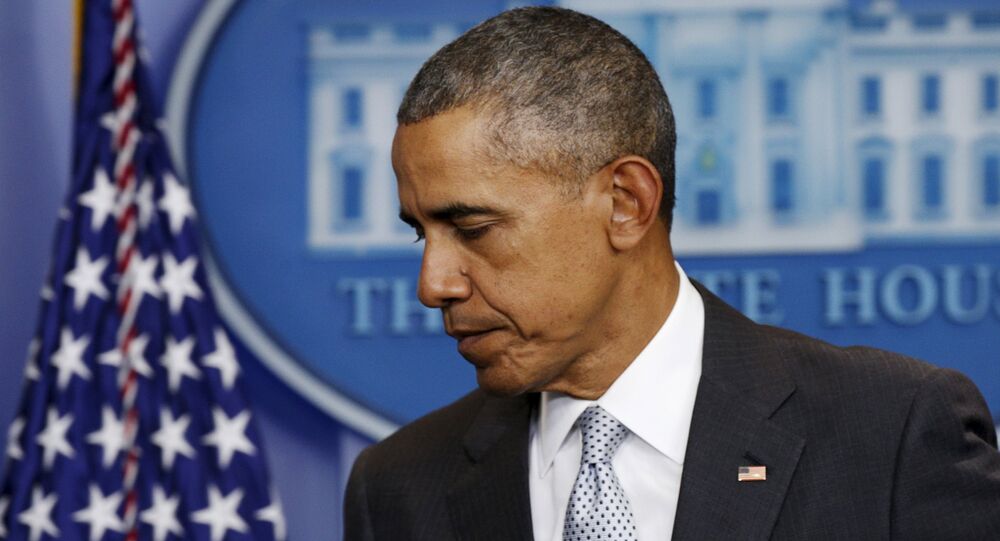 According to the White House, US President Barack Obama is planning to convene his National Security Council to review the latest intelligence surrounding the attacks in Paris.

WASHINGTON (Sputnik) — US President Barack Obama will convene the US National Security Council on Saturday in the wake of multiple terror attacks in the French capital, a White House official said.

"The president would convene his National Security Council before departing for the G20 Summit to review the latest intelligence surrounding the attacks in Paris," the official told reporters.

© AFP 2021 / JACQUES DEMARTHON
Horror in Paris as Explosions, Shooting Sprees Across City Leave Over 120 Dead
On November 15-16, the Turkish city of Antalya will host the 10th G20 summit. A number of expert and ministerial meetings is scheduled to take place during the event.

Obama will leave for Turkey to attend the G20 meetings later in the day.

Flights Arrive, Depart From Paris Airports Despite State of Emergency

Assad: Terror Experienced by Parisians Has Gone on in Syria for Five Years

Syrian Passport Found Near Body of One of Paris Suicide Bombers