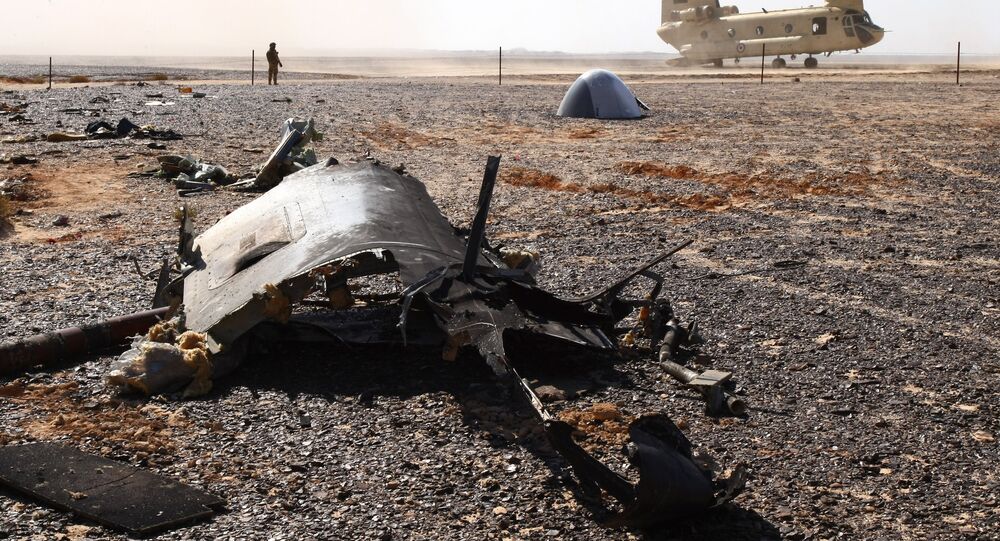 Former National Security Agency Director Keith Alexander claims that the United States should stand in support of Russia and offer all possible help in the investigation of the tragic A321 plane crash in Egypt’s Sinai Peninsula.

"I think that anything our country can do to help resolve the issue is on the table, and I’d say that would be a good thing," Alexander said on Tuesday, when asked what Washington could do to assist in the probe of the tragic incident.

On Saturday, an Airbus A321 passenger jet crashed en route from Sharm El-Sheikh to St. Petersburg killing all 224 people on board, becoming the worst civil aviation disaster in the Russian and Soviet history.

© Sputnik / Maxim Grigoryev
All Evidence Indicates Technical Causes of Russian Plane Crash - Official
On Monday, the White House extended an open offer to Russia to provide assistance in the investigation.

"The more that Russia and the United States could partner on things, the better it would be in reducing tensions to show that we can be potentially allies, instead of Cold War kind of allies," Alexander said.

The former NSA director noted that the investigation should take into account all the possibilities that could have led to the deadly crash.

"If somebody did something against any country, including Russia, then all countries should unite and help stop it," Alexander concluded, extending his deep condolences to the victims’ families.

On Tuesday, an Egyptian forensic expert working on the crash investigation told Sputnik that early analysis indicates a possible mid-air explosion. Later in the day, an Egyptian government spokesman said that evidence points to a technical cause of the Russian passenger plane crash