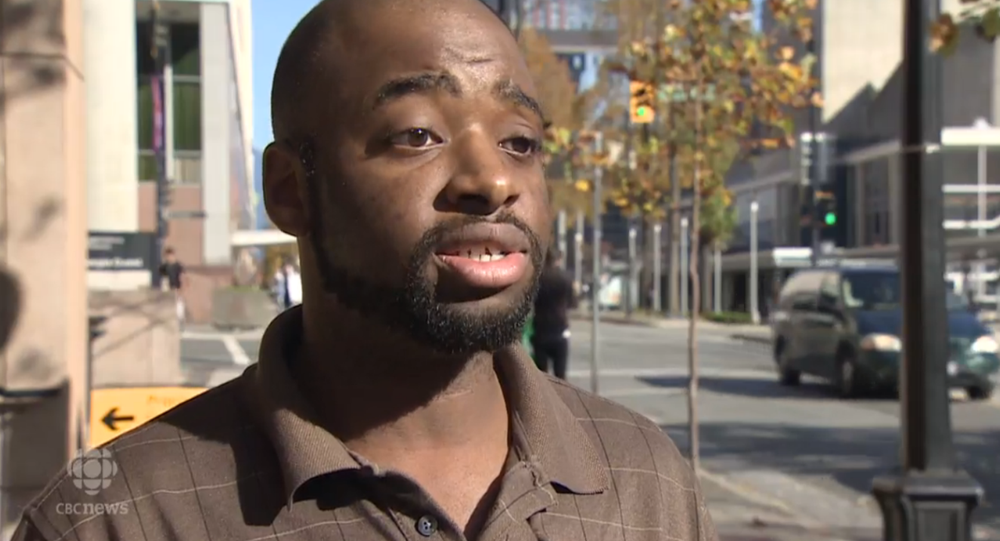 A black man from New York is seeking refugee status in Canada, citing that blacks are ‘being exterminated at an alarming rate’ in the United States at the hands of the police.

Kyle Canty, 30, crossed into Canada two months ago fleeing from law enforcement violence at home. He originally went to Vancouver as a tourist, but decided to stay and is currently living in a homeless shelter.

“I’m in fear of my life because I’m black,” Canty, 30, told Canada’s Immigration and Refugee Board on October 23. “This is a well-founded fear.”

He cited the cases of Michael Brown in Ferguson and Eric Garner in New York City to explain his fear.

He also provided evidence that in the six states he has lived in throughout his life he has been racially profiled and harassed by police in all of them. He currently has outstanding charges in the US for disorderly conduct, issuing threats, and resisting arrest.

He claims that he has not experienced any racial bias from law enforcement in Canada, and feels more comfortable there.

A spokesperson for the Immigration and Refugee Board, Melissa Anderson, told The Daily Beast that she is not aware of any similar cases presented to them, but cannot be sure.

“For us, every case is unique,” she told the Daily Beast. “Refugee protection and refugee discrimination, this is a complex issue.”

They are expected to make their decision regarding Canty in the next few weeks.