The US Senate Select Committee on Intelligence said in a 2008 report published by WikiLeaks that CENTCOM tried to block a congressional delegation from probing the war in Afghanistan, claiming too much oversight would hinder the mission.

WASHINGTON (Sputnik) — The US Central Command (CENTCOM) tried to block a congressional delegation from probing the war in Afghanistan, claiming too much oversight would hinder the mission, the US Senate Select Committee on Intelligence said in a 2008 report published by WikiLeaks.

"Although before departure [to Afghanistan] the [US] Secretary of Defense’s office confirmed their support for the trip, CENTCOM remained strongly unsupportive of our initiative both during the planning phase in Washington, telling us not to come due to the ‘burden’ of oversight, as well as once we were on the ground," the report, released on Thursday, stated. 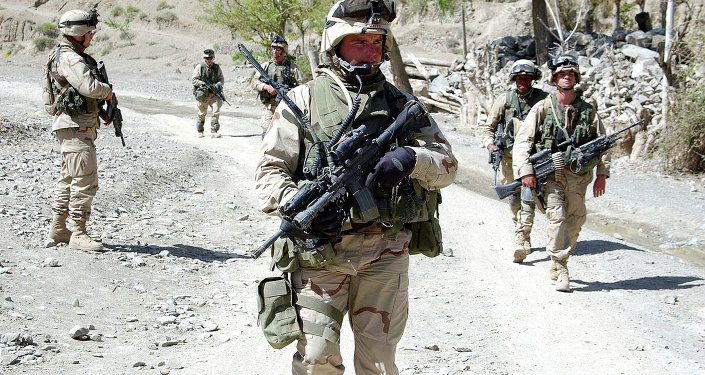 US Army / SPC Gul A Alisan
WikiLeaks CIA Docs: US Lacked Afghanistan-Pakistan Strategy
The Senate investigation of the situation in Afghanistan found, according to the report, that the United States completely lacked a suitable plan for addressing the security threats emanating from Central and South Asia.

"Everyone we spoke with on the ground in Afghanistan and Pakistan confessed that they know of no overall US government strategy for the region," the report said.

According to the report, the congressional delegation observed "quality individuals serving judiciously in their own lanes ungoverned by a coordinated, comprehensive strategy."

The report also warned against sending additional US troops into Afghanistan until the safe havens based in Pakistan, which fuel the Afghan insurgency, had been eliminated.

Last week, President Barack Obama announced that Washington will keep 5,500 troops in Afghanistan beyond the end of 2016, the original withdrawal deadline.

In 2013, Brennan replaced General David Petraeus as head of the CIA.

CIA Chief Brennan Admitted in 2007 Paper Agency Operated Within US