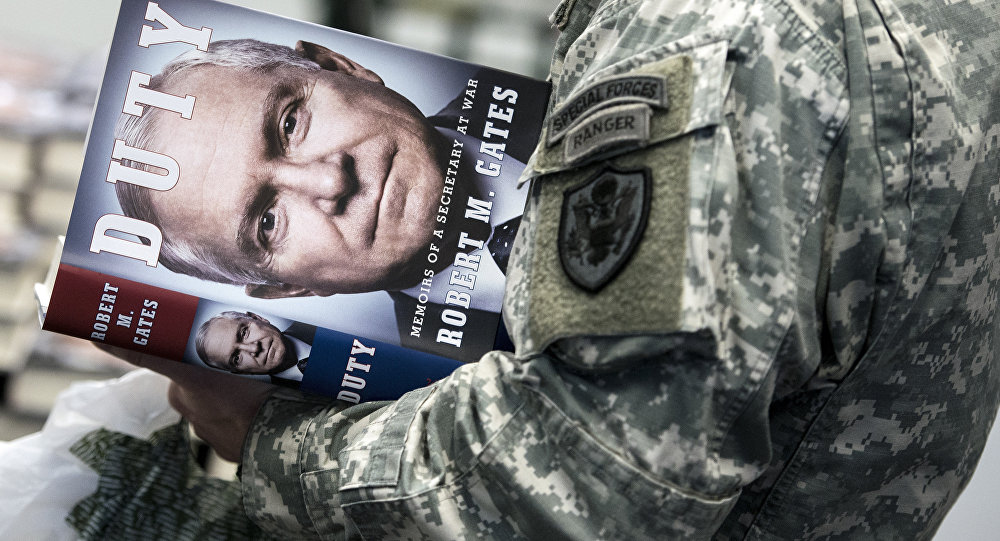 According to former US Secretary of Defense Robert Gates, the US military program of training indigenous fighters outside of a country and sending them back afterwards was doomed from the start.

WASHINGTON (Sputnik) — The US military program to train outside forces and later infiltrate them into the country to fight against the Islamic State (IS) was doomed to fail from the outset, former US Secretary of Defense Robert Gates said on Wednesday.

"I think the idea of training indigenous fighters outside of a country and reinfiltrating them was probably never going to work," Gates told the Senate Armed Services Committee.

The US train and equip program for Syrian fighters included bringing fighters outside of Syria for training and reintegrating them into combat against the IS. The program was canceled by the Pentagon in early October after it failed to produce more than 60 fighters.

© AFP 2019 / ZEIN AL-RIFA
US-Trained Syrian Opposition Wants to Play Against Russia?
Gates explained that the United States should provide weapons and training to tribes and ethnic groups "that have shown they are prepared to defend their own territory in ISIS [Islamic State]," even if they are not willing to fight outside of that territory.

The former US defense secretary cited the Iraqi Kurds as a successful example of this strategy.

In 2014, the United States allocated $500 million in their efforts to train and equip Syrian fighters against the IS.

Run and Desert: US Strategy to Train Syrian Rebels Was Doomed From Start