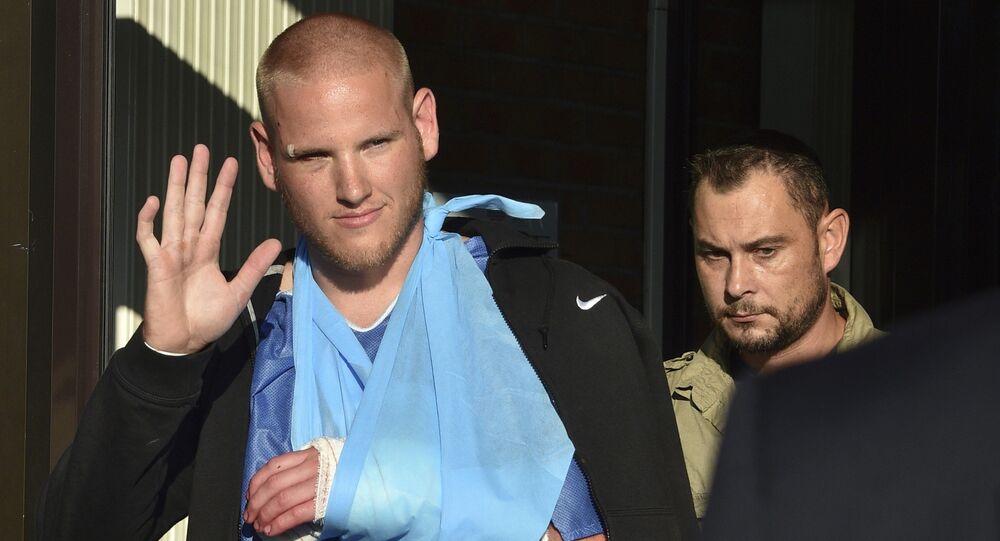 US Hero of French Train Attack Stable After Stabbing in US

Hero who stopped an attacker in a French train in August, US Airman Spencer Stone, was repeatedly stabbed to the torso, according to media.

WASHINGTON (Sputnik) — One of the US citizens who stopped an attacker in a French train in August, US Airman Spencer Stone, has been repeatedly stabbed on Wednesday, but is in stable condition, local media reported on Thursday.

© REUTERS / Michel Euler/Pool
Francois Hollande to Award Highest Honor to Five Passengers for Stopping Gunman on Train
"A1C [Airman 1st Class] Spencer Stone has been transported to a local hospital, and is currently being treated for injury," US Air Force spokesman Christopher Karns told Air Force Times. "He is currently in stable condition."

Stone was repeatedly stabbed to the torso, according to local media reports.

Alek Skarlatos, Spencer Stone, Anthony Sadler from the United States and UK national Chris Norman foiled a potential massacre on board a Thalys train in the northern French city of Arras in August by overpowering the gunman.