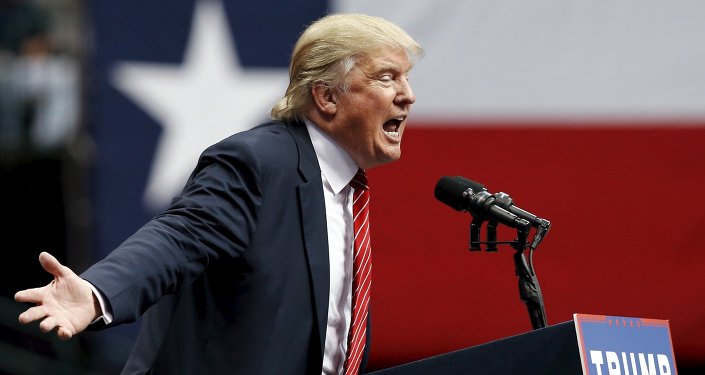 © REUTERS / Mike Stone
‘You’re Going Back, if I Win’: Trump to Kick Syrian Refugees Out of US if He Gets Elected
Names of the victims have not yet been released, none of the bodies buried by their loved ones, and Trump’s reaction?

“What are you going to do?”

“People are going to slip through the cracks,” Trump said on Friday’s episode of MSNBC’s Morning Joe. “What are you going to do, institutionalize everybody?”

Trump went on to explain that since the stricter gun policies that President Obama spoke of yesterday may not stymie every crazed mass murderer out there, the subject of gun control as a solution is barely worth discussion.

Who wants the president, a politician, hired to do politics, to be politically correct anyways?

Trump’s Republican base has a history of opposition to tightening gun control laws, despite the dramatic upswing in mass shootings the US has seen in recent years. And the gun lobby, including the National Rifle Association and gun manufacturers, wield strong power over Washington conservatives.

© Photo : Youtube / FoxNewsInsider
Making America Great, Again: Donald Trump Hotels Hacked
Despite his concession that school shootings are “sort of unique” to the country, the presidential hopeful stated we “already have very strong laws on the books” and expressed no desire to try to do better as a nation.

As of October 1, the tenth month of the year, there have already been 45 school shootings in the United States in 2015.