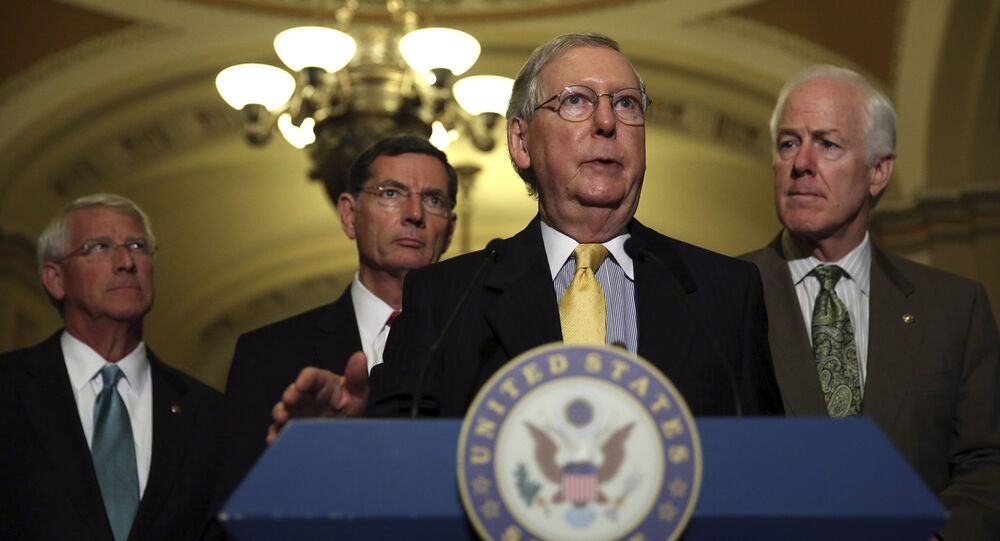 Notorious US Surveillance Bill May Kill Internet Privacy This Week

The US Congress, faced with a possible government shutdown, is allegedly considering the re-introduction of the Cybersecurity Information Sharing Act (CISA) this week.

Opinions are divided on the issue, as one source claimed that a “likeness” of the bill will return to the table while another doubted its reintroduction, saying it was “all very uncertain” and “technically possible, but nothing definitive.”

If lawmakers approve the CISA, which many Americans see as a double-edged sword, it will grant legal immunity to companies that wish to monitor their customers and share private information with the US government if they are believed to constitute a ‘cybersecurity threat’.

The law would empower the federal government to legally spy on US citizens, according to privacy activists, who are calling the proposed legislation a “surveillance bill in disguise.”

The debates have intensified as The Business Software Alliance (BSA) issued a letter to Congress this September asking for the implementation of five legislative efforts that they claim will boost the digital economy of the US.

The letter, signed by Apple, Microsoft, Siemens, Oracle, IBM and others, argues in favor of the information-sharing bill, claiming that it is one of the five measures the US federal government could take to "protect sensitive information by enabling private actors in possession of information about vulnerability and intrusions to more easily share that information voluntarily with others under threat."

Meanwhile, the advocacy group Fight for the Future has excoriated the CISA; calling it "a surveillance bill in disguise."

It has gone as far as creating a website, YouBetrayedUs.org, to condemn the large companies. The group accuses the organizations of hypocrisy, as they regularly claim to advocate customers’ rights but now intend to endanger "their users' security and civil rights in exchange for government handouts and protection."

There was only one company, SalesForce, which refused to support the CISA.

Facing significant number of accusations from privacy advocates, the BSA updated its information on cyber threats, stating on its site that it “does not support any of the three current bills pending before Congress,” which include the CISA.

"BSA has consistently advocated for strong privacy protections in all information sharing bills currently pending before the Congress," the group’s website added.

The bill has been designed to address the cybersecurity threat, which the Obama administration is addressing alongside such complex issues as ISIL, al-Qaeda, climate change and North Korea.

© Sputnik / Ruslan Krivobok
Homeland Security: New Cybersecurity Bill to 'Sweep Away' Internet Privacy
In April, the US government acknowledged that a massive cyberattack on OPM networks compromised the personal information of more than 21 million former and current federal employees. Moreover, the fingerprint data of some 5.6 million people has also been stolen.

The cyber-attack on Sony Pictures Entertainment last year prompted the US government to combine public and private sector action to achieve common goals and eliminate cyber-threats.

Supporters claim that the bill will allow authorities to prevent potential digital threats as they would be able to obtain easy access to potentially hazardous resources.

Pundits have challenged the previous opinion, saying that a government that lacks the ability to safeguard its own information can’t be trusted to manage the data of its people.

The CISA poses a risk to individuals who are concern about their internet privacy and the secrecy of the personal data they store, according to Senator Ron Wyden from Oregon.

"The government can’t keep its own data safe," he said, referring to the OPM hack. "Giving more of your information to the government creates a huge new target for hackers," Wyden stressed.

Put Up or Shut Up: China Demands Washington Show Evidence of Cyber Spying