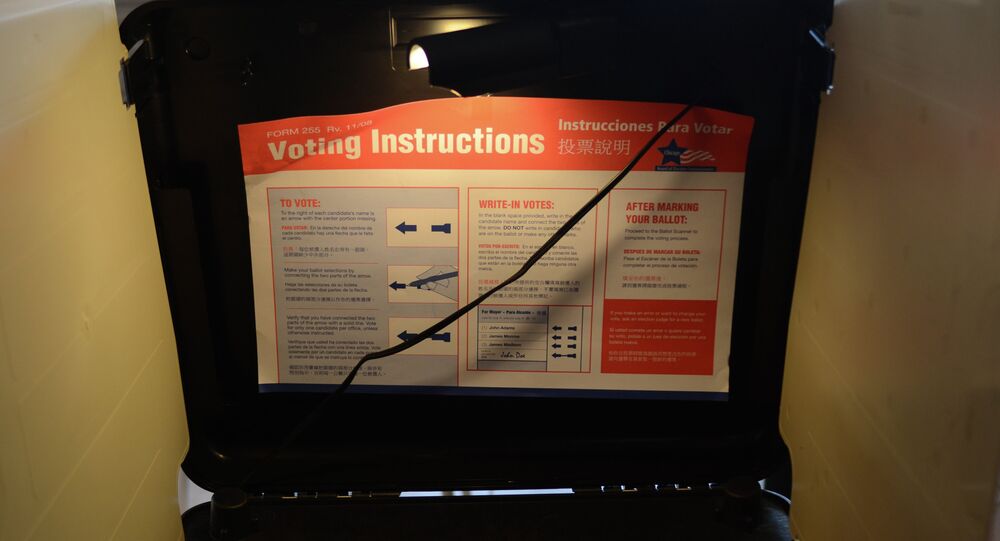 Aging electronic voting machines may be responsible for as many as 700,000 votes being lost in the past US election, particularly affecting poorer areas.

About That New Report on 'America's Voting Machines at Risk'
Electronic voting systems in 43 of 50 US states are more than a decade old and could fail at any moment, Lawrence Norden of the Brennan Center for Justice told Radio Sputnik's BradCast.

The new report, compiled by Norden and Christopher Famighetti shows that aging voting machines have security vulnerabilities and are also at risk of failing during elections.

"With older machines also comes just a difficulty in finding replacement parts. They're often running on very old software which creates security vulnerabilities — so there are a lot of reasons that we need to start taking this more seriously," Norden told Radio Sputnik's BradCast.

© REUTERS / Rick Wilking
Study Warns of Disastrous 2016 US Election ‘Meltdown’
Norden added that between 500,000 and 700,000 votes were lost due to electronic voting system failure as a result of long lines at polls. In addition, wealthier districts are able to buy newer machines while poorer areas do not, resulting in voting disparities.

The Brennan Center, as a result, are advising local election officials to go the MacGuyver option by making as many repairs as necessary, and to train local poll workers in contingency plans to operate the machines.