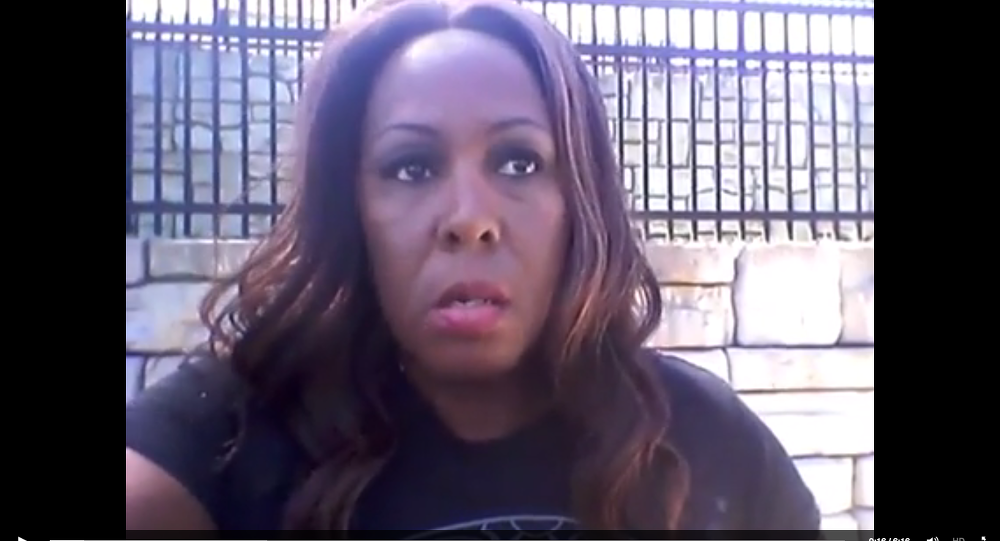 The mother of a 9-year-old girl who was killed Tuesday, went on a tirade against Black Lives Matter, accusing them of fighting the wrong fight.

Peggy Hubbard lost her daughter Tuesday night when she was killed while doing homework from her mother’s bed. Hubbard took to Facebook to blast Black Lives Matter saying they should be focusing on black on black crimes.

She goes on to accuse Black Lives Matter activists for speaking out for the wrong people.

“You tear up other people’s (stuff) for a criminal, a thug,” she says of some of the people who have been killed by police. “Bailing out criminals and thugs.”

Hubbard starts to visibly weep when she starts talking about her daughter.

At one point, Hubbard reveals she has her own “kid locked up.”

© AFP 2019 / ROBYN BECK
Black Lives Matter Introduces Plan to End Police Violence in US
“Oh yeah, I put him there. I turned him in. Yes I did because I’m a strong black woman. I am a black mother,” she explains. “I told my children that if you (mess) up, if you go to jail, I am not getting you out. You will stay there. You will do the time. I am not coming to visit you. I ain’t sending you magazines. I’m not doing anything for you because I did everything I could for you out here and yet you chose to go in there… If you don’t care about me and your father working and putting in time and effort to raise you and be there for you. And we took note of everything you were interested in. And you ended up in there. Then you belong in there.”

In her most rapacious invective, she blames Black Lives Matter for committing the most brutality.

© AFP 2019 / Eduardo Munoz Alvarez
#BlackLivesMatter Protests Reveal Polarization of US Political System
“Y’all want to holler ‘police brutality’? You’re tearing up communities over thugs and criminals,” she accuses. “You’re putting plaques in the ground over somebody who would not stop. He had a chance to stop. How many times is someone going to tell you to stop doing that (stuff) before they do something to you?”

While Hubbard did not exonerate the police, she put the blame on those who commit violence.

Hubbard’s Facebook video has gone viral receiving more than 4 million views since she posted it on Thursday.

US Surveillance of Black Lives Matter Movement Has ‘Chilling Effect’

Black Lives Matter: “We Are Serious”