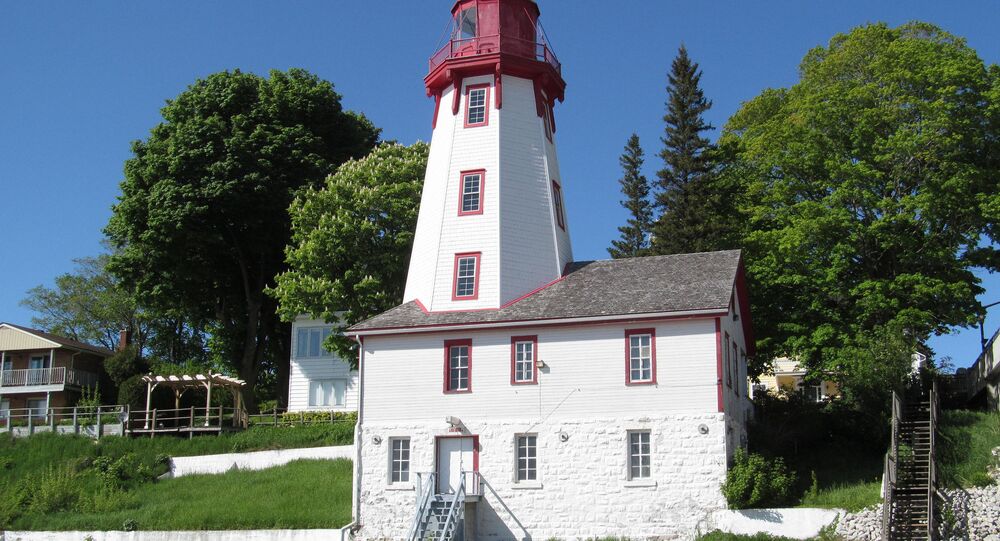 The proposal to burry nuclear waste in an underground pit nearly a mile away from the shores of Lake Huron in Ontario is sparking international outrage among environmentalists, and becoming a contested talking point in Canada’s federal elections this fall.

The Deep Geological Repository project involves digging a third of a mile into the earth and blasting a whole the size of a Walmart to store low-to-mid-level nuclear waste before sealing it up.

Geologists, nuclear physicists, and government inspectors insist the nuclear waste will be safely buried in layers of rock that haven’t shifted in 50,000 millennia.

“You don’t have to be a rocket scientist to know that burying radioactive nuclear waste that will remain lethal for 100,000 years right beside the drinking water for 40 million people defies common sense,” Beverly Fernandez, a spokeswoman for Stop the Great Lakes Nuclear Dump, told al Jazeera.

“The last place to abandon radioactive nuclear waste is right beside the largest supply of freshwater on the planet," said Fernandez, who lives in Southampton, Ontario, about 30 miles north of Kincardine.

Several legislative bodies surrounding the great lakes region have issued resolutions opposing the project including those in Toronto, Chicago, and Detroit.

The final say however, will belong to Canada’s next minister of the environment whose appointment would depend on whoever runs Ontario after the Oct. 19 vote.

Nonetheless, the project already has been backed by a government-appointed independent joint review panel which has endorsed it in a 450-page report.

Ontario Power Generation, the province’s electric company; and Bruce Energy, which operates the power plants at Kincardine, ensure the project is safe and efficient.

© Flickr / Greens MPs
Environmental Department: Decision on Great Lakes Nuclear Waste Site 'Out of Our Hands'
“Our current plans are to build the DGR [deep geological repository] on our site in rock that is 450 million years old, 680 meters deep in the ground,” said Neal Kelly, OPG’s spokesman. “You can safely store low- and intermediate-level waste there forever.”

Low-level waste includes items such as mops, brooms and clothing that are expected to diminish to safe radioactive levels in about a century. Meanwhile, intermediate-level waste includes hardware like pumps and filters that came in contact with nuclear fuel and won’t return to safe levels for at least 10,000 years. High-level waste includes spent uranium fuel rods — material so toxic, that it’s stored at the site where it’s produced.

Since it began generating power in the 70s, OPG has stored its low-to-mid-level waste in underground bunkers and in cement-sealed vaults scattered near its reactor buildings.

The DGR is a result of a decade of research and $130 million in spending to find an alternative. Supporters of the project beleive they found the answer. However, many of its opponents point to disasters involving similar methods of storing nuclear waste.

In February 2014, a DGR site known as the Waste Isolation Pilot Project was ceased following a radiation leak near Carlsbad, New Mexico. It was the only other such project in North America. Two similar DGRs also have leaked in Germany.

If the project moves forward in Ontario, OPG would have to make hundreds of engineering modifications and earn a license to build the DGR.

The panel on May 6 concluded “that the [Kincardine] project is not likely to cause significant adverse environmental effects, taking into account the implementation of the mitigation measures committed to by Ontario Power Generation together with the mitigation measures recommended by the panel … The panel agrees with OPG that the DGR is the preferred solution for the long-term management of low- and intermediate-level nuclear waste.”