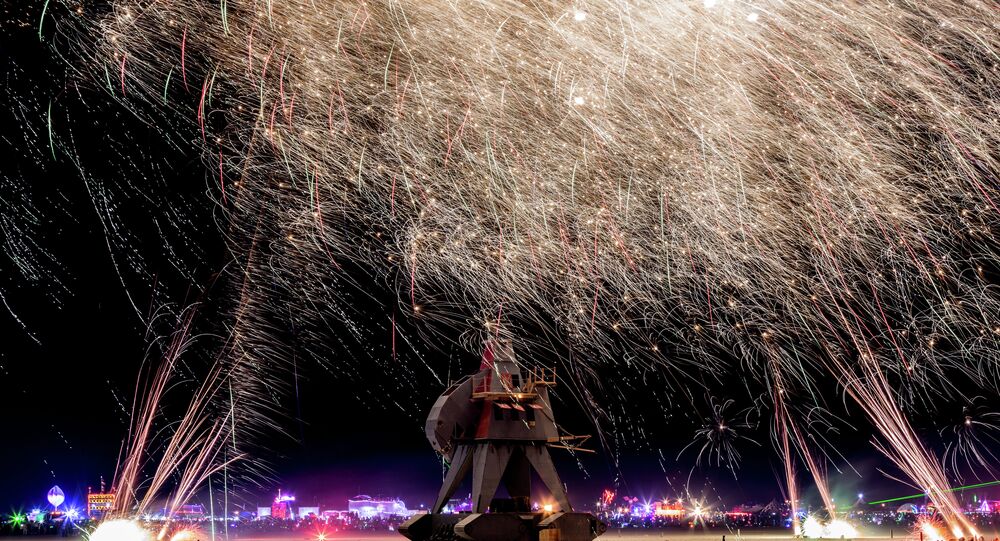 Burning Man attendees may want to make sure they pack their flamethrowers, as early arrivals are reporting a mass infestation of bloodthirsty bugs infesting the festival grounds.

The annual gathering is set to begin on August 30 in a Nevada desert, but early arrivals are reporting that there are swarms of the biting insects everywhere.

"It’s not a localized occurrence, it’s everywhere. We don’t know where they came from, but there are two main theories: One is that all the spring and summer rain has hatched critters that lie dormant, or usually come to life at a different time of year. Or maybe they hitchhiked in on a load of wood." John Curley wrote of the pests in the Burning Man Blog.

YouTube/IaMnEwS
New York Man Sets Car on Fire to Rid it of Bugs
One woman who is already on the scene has reported that one of the insects even flew into her mouth and stuck itself between her teeth.

"What's going on? We don't know. We don't know how the little critters survive in the heat and the sun. All we know is that if you pick up some wood, you're likely to uncover hundreds or thousands of the things," Curley wrote.

Another woman in attendance reported one lodging itself inside of her bra, and yet another stated that the insects crawled under her welding mask and settled themselves around her eyes.

"They bite," Curley continued on to say. "They crawl all over you. They get up and in you."

So far, there have been no plans announced on how the organizers plan to handle the pest problem.  Last year heavy rain ahead of attendee arrivals caused them to cancel the opening day.

It looks like this year’s festivities may not be as carefree as usual, however, as the hungry “burning bugs” will soon have tens of thousands of bodies to feast on.

Lizards, insects, mammals to blast into space from Baikonur