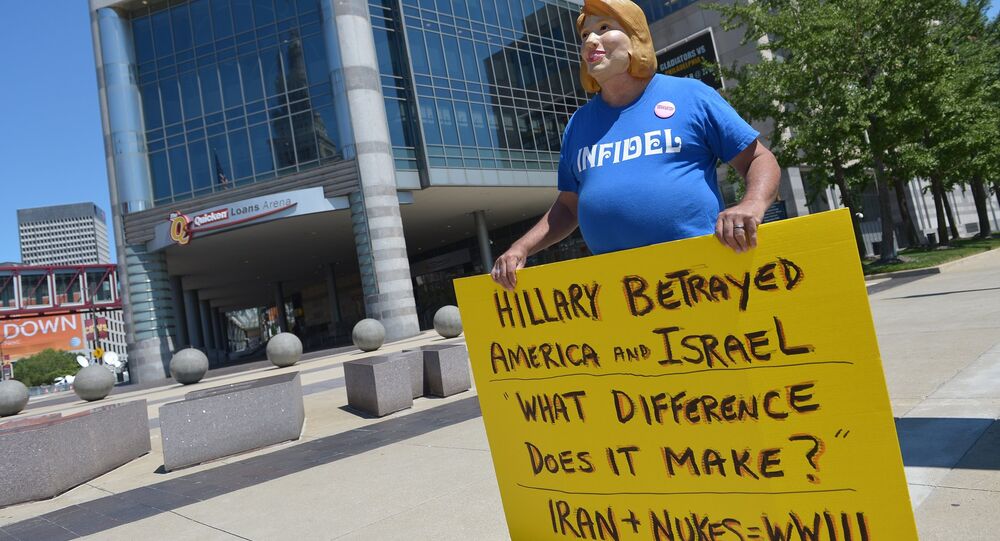 Elaine Fydrych, a former actress from New Jersey, decided to make an unusual final request in her obituary: "In lieu of flowers, please do not vote for Hillary Clinton."

Elaine Fydrych, a former theater performer who passed away last week, decided to make her final request a political one, when she ended her obituary with the words:

"Elaine requests: In lieu of flowers, please do not vote for Hillary Clinton."

A Patriot to the end: Elaine Fydrych "In lieu of flowers, please do not vote for Hillary Clinton" @HillaryClinton pic.twitter.com/XlQe8b2Wz0

Elaine Fydrych was a former actress who performed at the Broadway Theatre in Pitman, New Jersey, as well as in commercials and minor film roles. She retired from acting in 2013.

Fydrych, who is survived by two sons, passed away at the age of 63 after a battle with lung cancer. Her funeral will be held on Thursday at Our Lady of Hope Parish church, in New Jersey.

"In lieu of flowers, please do not vote for Hillary Clinton." http://t.co/oZDTtf65xi

Fydrych's obituary was published in the South Jersey Times on August 16. In Elaine's online guestbook, visitors paid tribute to Elaine, and to her final request:

"My sincere and deepest condolences to the family and friends of Elaine. Thank you Elaine for thinking of your country during such a difficult time. I will never vote for Hillary Clinton."

"My condolences to the family, friends, and loved ones of Elaine. I enjoyed this item in the news and had to see the obituary. I appreciate Elaine's humor as well as her no-vote for Hillary. RIP Elaine Fydrych."