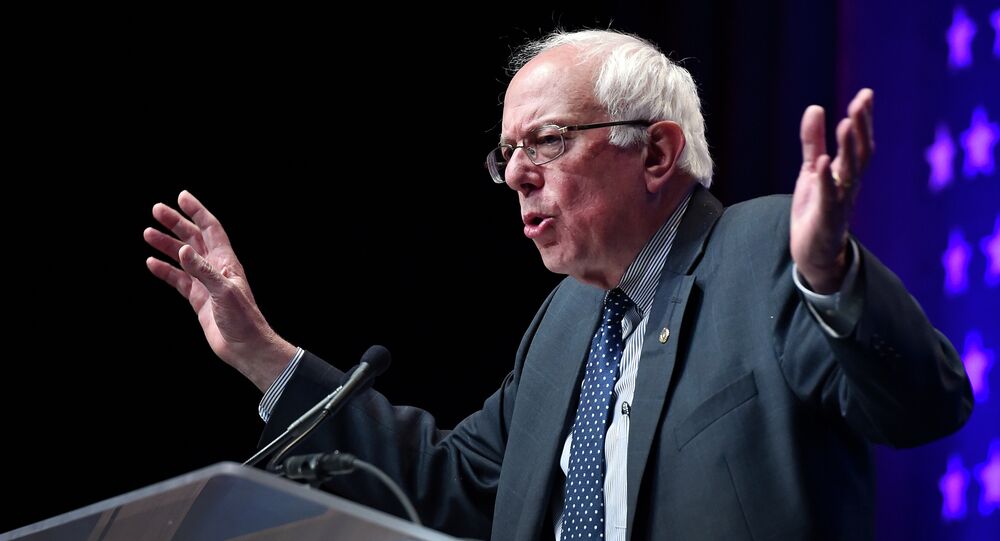 Not only is presidential hopeful Bernie Sanders breaking records for turnout on the campaign trail and rapidly gaining in the polls against Hillary Clinton- now he’s also more searched for than her on the internet.

© AP Photo / Carolyn Kaster
#BlackLivesMatter: Bernie Sanders Declares Racism His Priority at Los Angeles Event
Sanders has been more searched for than the former first lady since mid-June, which many have attributed to him being more unknown and the public wanting to learn basic information.

However, on Saturday during his west coast campaign visit which drew crowds from 8,000-28,000 internet searches on the candidate to explode- even surpassing searches for the GOP frontrunner Donald Trump.

Overall, this is pretty close to Clinton’s 15.3 million unique interactions- which figures in likes, posts comments and shares.

"There's this incredible amount of enthusiasm around the country and on the internet surrounding Bernie's message… and what we're focusing on digitally is building a serious campaign that can convert that energy into votes," Sanders digital director Kenneth Pennington told the Daily News.

Sanders has long embraced the internet, with his massively popular Reddit AMA’s, and a community of 75,000 Redditors supporting him.

"He sees social media as a way to talk about the issues the traditional media may not be inclined to cover," Pennington said.