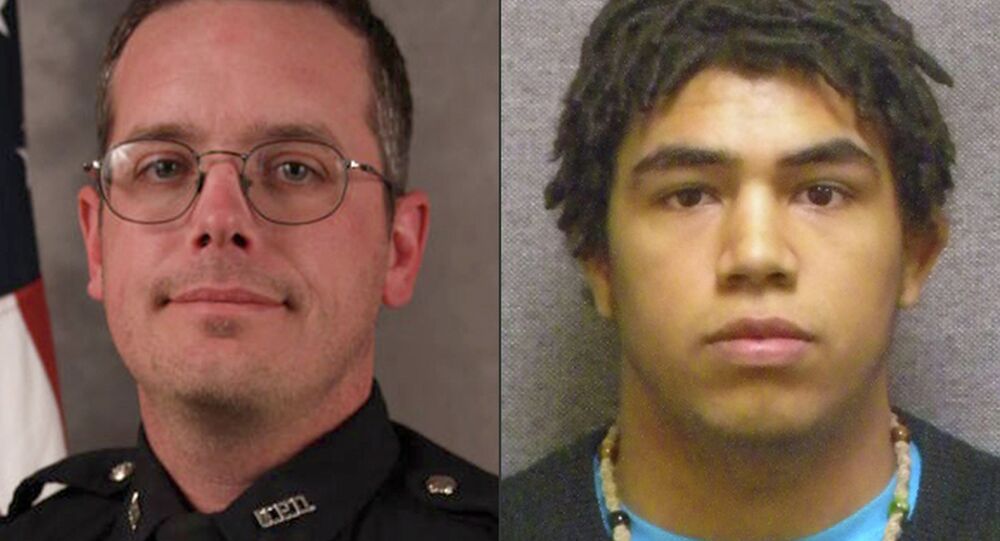 A lawsuit has been filed against the city of Madison, Wisconsin because new evidence in an African American teenager Tony Robinson Jr. case.

WASHINGTON (Sputnik) — A lawsuit has been filed against the city of Madison, Wisconsin because new evidence shows the African American teenager Tony Robinson Jr. posed no threat to a police officer that killed him, Chicago law firm Loevy & Loevy said in a release.

“The family of Tony Robinson, Jr., an unarmed 19-year-old killed in a hail of bullets by a Madison police officer, will lead a rally announcing the filing of a federal civil suit against the City of Madison and Officer Matthew Kenny,” Loevy & Loevy said.

On March 6, 2015, Robinson Jr. allegedly attacked officer Kenny, who responded on the scene after a report that the teenager assaulted one person and was strangling another inside an apartment. Kenny shot Robinson Jr. seven times killing him on the spot.

The law firm also said Robinson Jr. was unarmed, according to the new evidence, and was not near Kenny or coming toward him.

Loevy & Loevy concluded Kenny’s testimony had nothing in common with the actual evidence and the city of Madison must be held responsible for letting Kenny get away with lying repeatedly about the incident.

The United States has seen multiple protests prompted by high-profile and well-documented cases of police brutality and killings over the past year. In April 2015, Baltimore was swept by days of protests and riots after 25-year-old African-American Freddie Gray died of a spinal cord injury received while in police custody. Six police officers have since been charged in connection with Gray’s death.

Loevy & Loevy is the largest civil rights law firm in the Midwest of the United States, with offices in Chicago and Boulder.