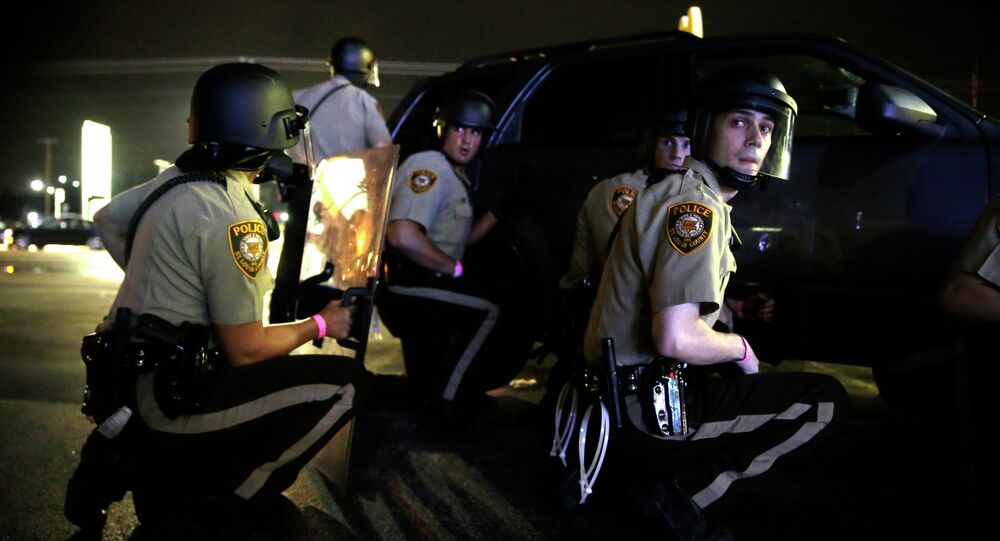 Two people were injured in a shooting during a rally to memorialize the killing of an unarmed black teen by a white police officer in the US city of Ferguson, local police said in the early hours of Monday.

© AFP 2020 / MICHAEL B. THOMAS
US Officer Involved in Shooting at Michael Brown Commemoration Rally - Police
FEGRUSON (Sputnik) – St. Louis County police did not reveal the circumstances of the shooting or the conditions of the victims.

Earlier, police posted to a Twitter account that an officer was involved in a shooting after people in two unmarked cars shot at law enforcement.

On Sunday, numerous people in Ferguson, Missouri, took to the streets to commemorate the death of Michael Brown. According to local media, the gunfire happened late Sunday night.

On August 9, 2014, white Ferguson police officer Darren Wilson shot dead unarmed 18-year-old Brown in the St. Louis suburb of Ferguson. On November 25, 2014, a St. Louis grand jury chose not to indict Wilson over the death of the teenager.

Brown’s death spurred mass protests across the United States and ignited an ongoing national debate about racial inequality and the use of excessive force by police against African-Americans.

Are the Police in America Above the Law?