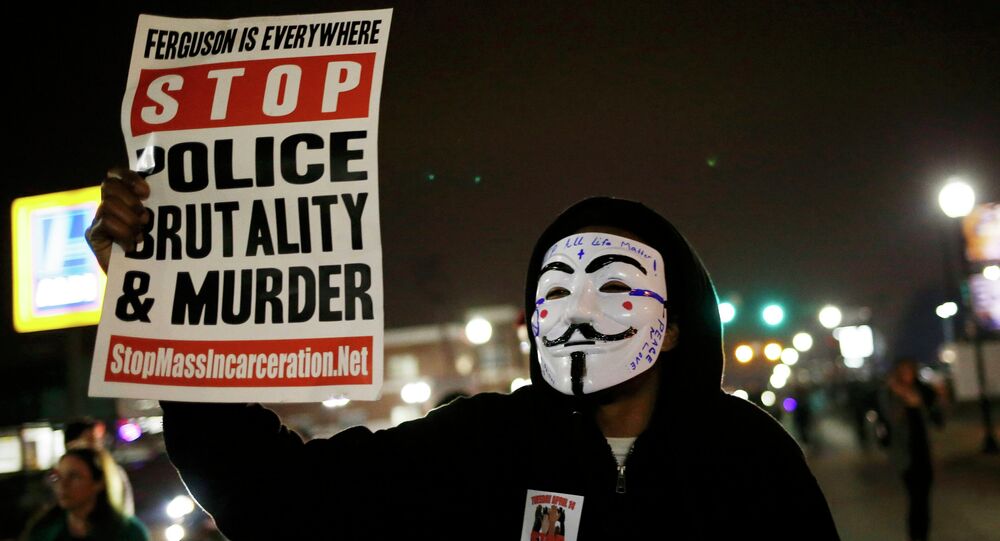 The problem of police abuse remained in the United States, despite some changes being made following last year’s shooting in the St. Louis suburb of Ferguson, US Civil rights leader Al Sharpton told Sputnik.

© AP Photo / Charles Rex Arbogast
Ferguson Still Having Problems With Police, Community Relations – Senator
FERGUSON (Sputnik) – “I think that there’s been some movement not nearly enough. You still have people arrested by the police, you still have police that are involved in very serious activities that have not been penalized. I think the light is on, and there’s been some movement, but we’re not anywhere near where we need to be,” Sharpton said.

© AP Photo / Pat Sullivan
Police Brutality Makes US Blacks Feel Unprotected – Attorney General
Sharpton added he was "absolutely not” satisfied with what has been achieved over the past year.“

"A year later we’re still fighting to make real, significant, permanent change in the laws and the accountability. We cannot be satisfied with just some steps forward. Yes, there are things that have happened — they are good but they are nowhere near enough and they are not permanent,” he emphasized.

Sharpton said the struggle must continue until laws are changed and are being enforced, and "till people understand they would be held accountable criminally when they take unarmed lives.”

The United States has seen multiple protests prompted by high-profile and well-documented cases of police brutality over the past year. Most recently, Baltimore was swept by days of protest riots after after 25-year-old African-American Freddie Gray died of a spinal cord injury while in police custody in April. Six police officers were charged in connection with Gray’s death, all have pleaded not guilty