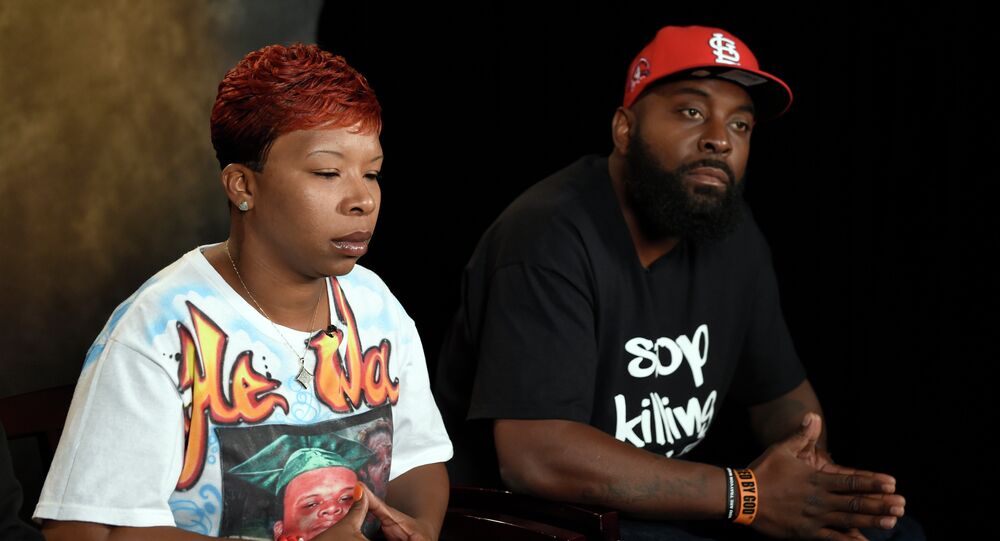 WASHINGTON (Sputnik) — The pastor added US scholar and activist Cornel West will hold a church service for Brown.

“With Michael Brown Sr. we are doing a memorial service on Canfield [Street] where his son was killed and marching to the church.”

On August 9, 2014, white Ferguson police officer Darren Wilson shot dead unarmed 18-year-old Brown in the St. Louis suburb of Ferguson. The incident spurred mass protests around the United States and ignited a national debate around racial inequality and the use of police force in black US communities.

More outrage erupted in November, when a US grand jury failed to indict Wilson for the fatal shooting, and later in March, when the US Department of Justice cleared Wilson of any civil rights violations in the shooting of Brown.

Pierson said US advocacy group Don’t Shoot Coalition contacted the church for putting together events to commemorate Brown, and West was a very appropriate choice for remembering Michael, because he can speak to social issues as a professor at Union Theological Seminary.

Brown’s death has brought attention to police brutality against the black community, which African-Americans have long experienced, Pierson went on.

“We know we have a problem, and the deaths of Michael Brown and Freddie Gray and others pointed that out. As a nation, we should do better to all live in peace. Why create enemies inside when we have enemies like ISIS [Islamic State] outside? It’s beyond me.”