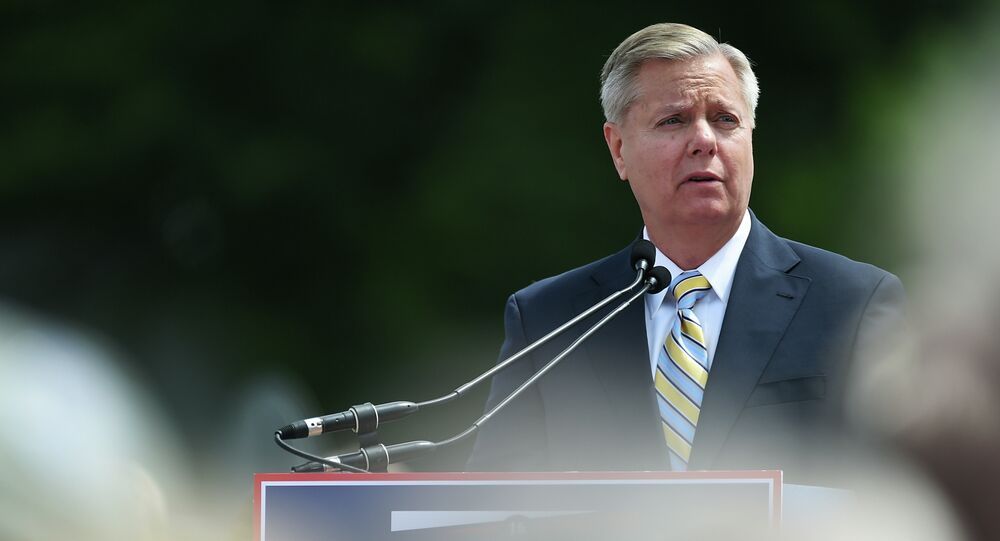 WASHINGTON (Sputnik) — Graham said on Monday night that he would “arm the Ukrainians”, so they could defend themselves and “take [US] natural gas and export it to Europe” to break Russia’s energy monopoly in exporting gas from the Siberian fields to the EU.

However, Graham gave no specifics on how he would transport the enormous amounts of natural gas the European nations would need to replace their regular Russian supplies.

“Here’s my foreign policy: A clenched fist or an open hand — You choose,” Graham, the most hawkish of the 14 Republican hopefuls attending the Free Voters Forum said about dealing with Russia and China.

“If I am president, we are going to push back.”

Graham is trailing badly in all opinion polls and may not be among the top ten Republican presidential candidates who, based on poll standings, will participate in their first debate among themselves on Thursday night.

The Senator said he was sending a message Russian President Vladimir Putin that, “when I am President of the United States you are going to have different person to deal with.”

Graham also claimed Democratic frontrunner and former Secretary of State Hillary Clinton would be a fail to effectively oppose Putin on the world stage if she was elected president.

“The last person you want to send into the ring with the Russians is Hillary Clinton.”

The two-hour forum was held in St. Anselm’s College in Manchester, New Hampshire and was organized by C-SPAN, who broadcast it live and by the New Hampshire Union Leader local newspaper.