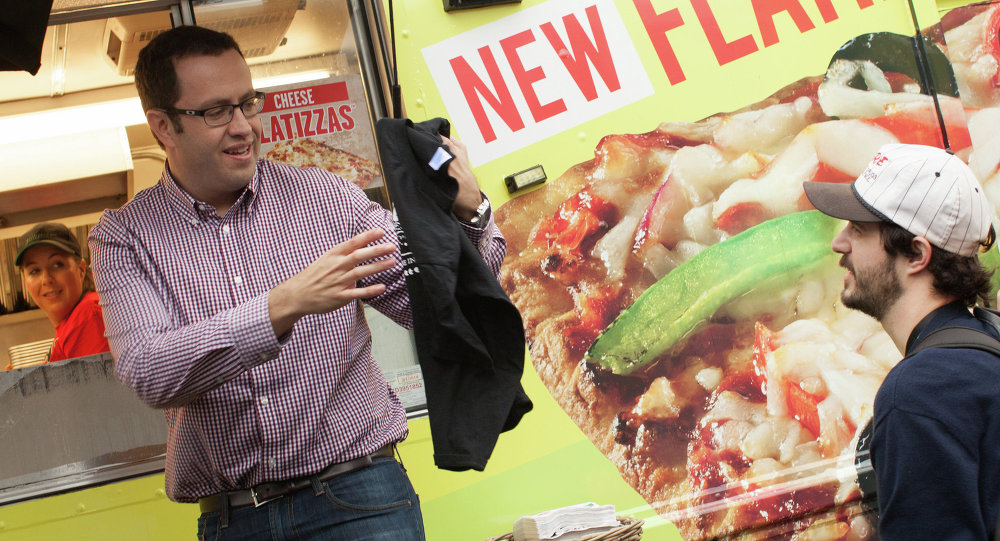 Jared Fogle’s house was searched last month after the arrest of Russell Taylor, the executive director of Fogle’s children’s charity, in April on child pornography charges. While Taylor was believed to be the subject of the investigation, it seems Fogle is not being looked at individually as well after evidence has emerged that he paid for sex with a 16-year-old girl, Business Insider reports.

Business Insider published the content of what they say are text messages between Fogle and a woman Subway franchisee he had a relationship with. The texts are from between January and June 2008 during which time Fogle reportedly asked the woman to advertise sex acts on Craigslist. He also appears to admit to paying for sex with the 16-year-old.

According to the unidentified woman’s lawyer, on June 19th, Fogle repeated his request to advertise on Craigslist to which she responded. "Is this the same website you found that 16 year old girl you that you f*****?…I still can't believe you only paid $100 for her."

"What part of her ad made you think she was selling sex?" she then asks.

Fogle then responds, "U will have to read them to see."

According to the lawyer, the woman reported Fogle’s behavior to Subway, asking the sandwich chain to remove his advertisements from her store but nothing happened. Subway, however, denied receiving the woman’s complaints.

Fogle has not been charged with a crime and may not even if the claim he had sexual relations with the girl as the age of consent is 16 in Indiana, where Fogle lives.

Fogle's attorney did not respond to Business Insider's request for comment.