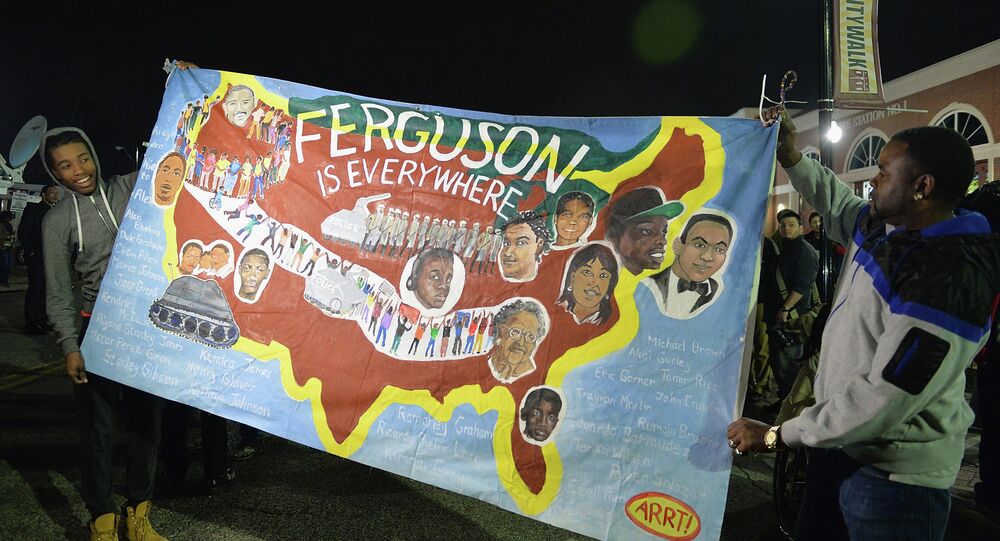 As the United States approaches the one-year anniversary of last year’s unrest in Ferguson, Missouri, the leaders of America’s cities have serious concerns about race relations, minority communities and policing issues, Politico reports.

According to the survey that was conducted by the magazine, nine out of 10 mayors surveyed expressed concern about the state of race relations and police in their city, with nearly a third describing themselves as “deeply concerned” about race and policing in their cities.

The large majority of respondents were Democrats, 77 percent, as well as three independents and four Republicans—the survey represented a diverse range of cities from across the nation showing clear trends across cities of varying sizes, political traditions and geographic regions.

© REUTERS / Carlo Allegri
Exposed: Feds Have Been Keeping Tabs on #BlackLivesMatter Protesters Since Ferguson
Debates and flare-ups around alleged police misconduct were seen in cities such as Philadelphia, Madison and Houston—each governed by mayors who participated in the Politico magazine survey—and across the nation mayors have started to lead efforts to repair community trust and spark policy discussions about department conduct.

Michael Brown, an unarmed black teenager, was shot and killed on Aug. 9, 2014 by Darren Wilson, a white police officer, in Ferguson, Missouri.

The shooting prompted protests that went on for weeks. On Nov. 24 last year the St. Louis County prosecutor announced that a grand jury decided not to indict Mr. Wilson. The announcement set off another wave of protests.