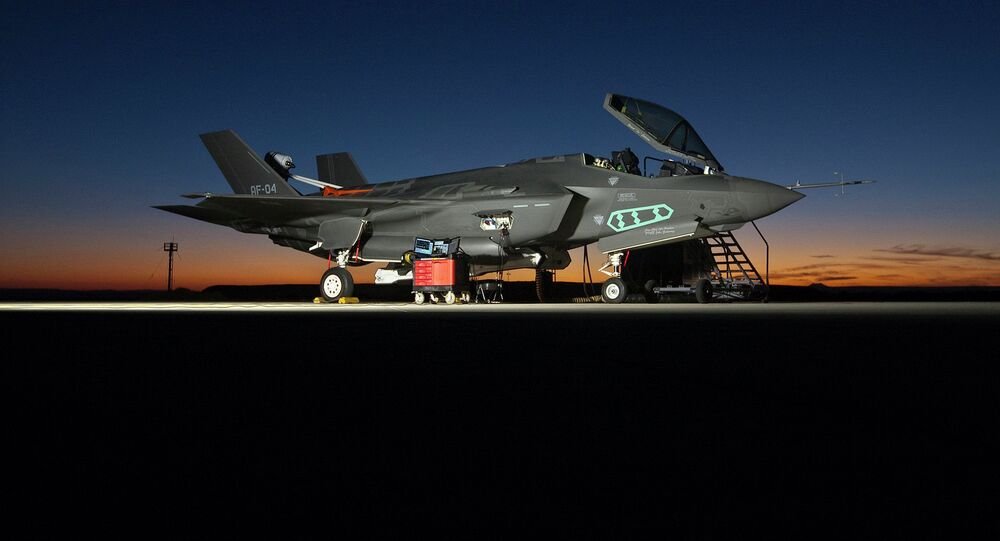 The US Air Force was forced to continue tests of the F-35A fighter jet's 25 milimmeter gun on the ground, as the craft is not yet ready to fly.

© Flickr / US Air Force
Newest American Weapons 'Would not Survive Actual Battle'
Not ready to fly just yet, the US Air Force was forced to test its F-35A Lightning II fighter jet's 25 millimeter guns on the ground in a new release by the US military.

The $391 billion dollar project, plagued by over three years of delays, is considered too unsafe to fly by US military's oversight body, and had to conduct the test on the ground. The test's goals included testing the gun door and operating mechanism, as the F-35A's gun is located inside the flight envelope designed to be invisible to radar, unlike the cannon in modification designed for the Navy and Marine Corps.

"The tricky part about this test phase is that the gun will never operationally fire on the ground. To conduct the test, they have to use software to bypass interlocks to make the aircraft think it's in the air," the US Air Force said in a release.

The gun has also been tested in the air using the Lockheed Martin AF-2, the testing airframe for the craft meant for testing the F-35's flight dynamics.

Once the project is complete, each jet is expected to cost roughly $98 million, not including the engine, with full-scale production is expected to begin in 2018.

Australia Refuses to Buy F-35B for Its Military