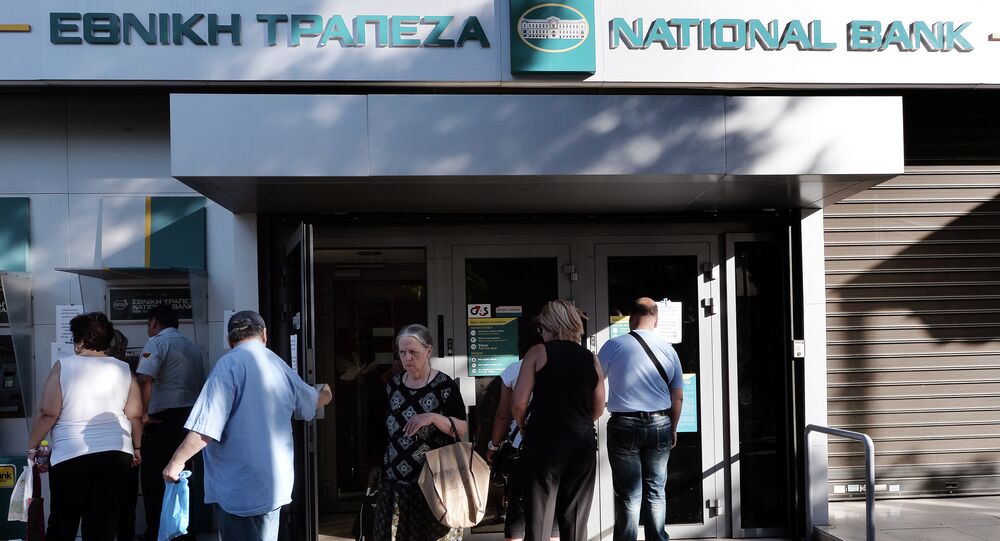 “It’s a pity that you, Greeks, have to deal with the Troika [of international creditors], whose third memorandum increases inequality and is aimed against the poor,” he told the participants of the George Papandreou symposium on Corfu Island.

© Flickr / Thomas Galvez
Income Inequality Increasing: Millionaires Set to Control Half World Wealth
Joseph Stiglitz, who is a Professor of Economics at Columbia University in New York, said that, being a battlefield between ideas and financial power, Greece was not the only country standing up against the Big Money diktat.

“We are waging a similar battle in the US,” he said, adding that the recapitalization of the banks in the wake of the Lehman Brothers crash was a good chance to place the country’s banks under public control, Athens News Agency reported.

“It was a chance to make sure that banks would never again be able to manipulate the market and the credit card system, something they have always done… But Obama said no, we need to save the banks so that they keep doing exactly what they did before and this is what we have seen happening ever since. Each time you open The Financial Times or any other newspaper you read about a new big banking scandal unfolding,” Stiglitz noted.

He also mentioned the long-running struggle for an economic policy that would ensure a more fair distribution of wealth and against rules of the game that increase inequality.

“What is going on in Greece now is a harbinger of what may soon happen elsewhere,” Stiglitz warned.