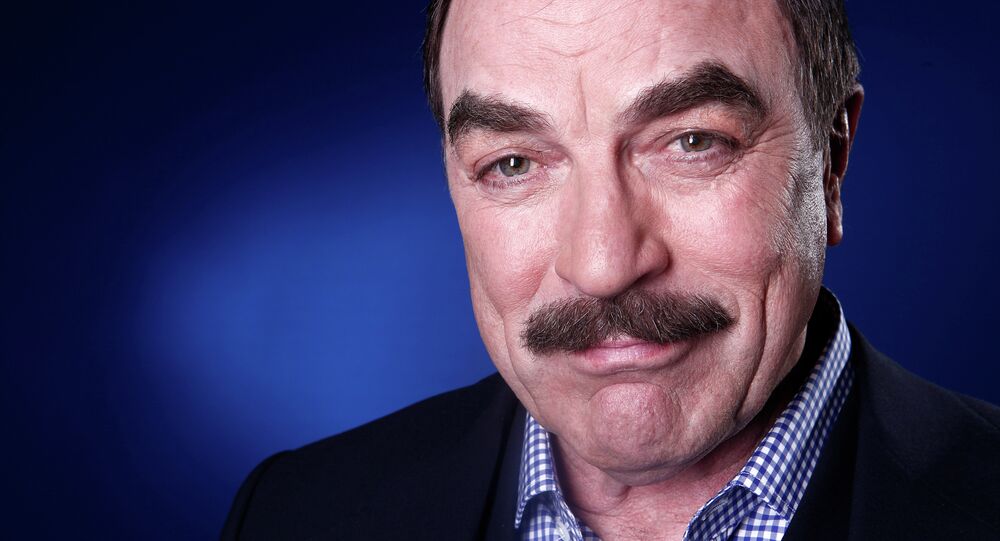 Tom Selleck may have gotten himself in too deep, as a Southern California water district has filed a lawsuit accusing the actor of using a commercial water truck to steal public water to bring to his home during the state’s historic drought.

The Calleguas Municipal Water District filed the lawsuit on Monday against Selleck and his wife.  The water district reportedly spent $21,685.55 on a real P.I. to document the water thefts of the former Magnum P.I.

They claim to have seen a commercial truck fill up from a hydrant at a Thousand Oaks construction site and then take seven trips over the course of two months in 2013 to the area of Selleck’s Hidden Valley ranch.

Cease and desist letters were then sent to two of Selleck’s homes in November, yet his water hoarding and theft allegedly continued.

In December, only three weeks later, the actor was busted once again.

On March 23, 24, 25 and 26 of this year, the same white water truck was busted doing the same thing again, from the same hydrant, Courthouse News reported.  Calleguas claims there were a dozen commercial truck fill-up’s, that they know of.

Calleguas, who provides water to approximately 75% of Ventura County is seeking the $21,685.55 cost of investigation, court and attorneys' costs, an injunction, and other damages which will be determined later.

Selleck lives on a more than 60-acre property, which includes an avocado farm, that was estimated to be worth $10.2 million in 2014.

Due to the water shortage, Southern California residents have had to cut back their water usage by at least 25%.

When questioned by the LA Times about whether or not the construction company knew that water was being taken from a hydrant near their property, a receptionist at Burns Pacific Construction reportedly went into another room, came back and said, "We have no comment."