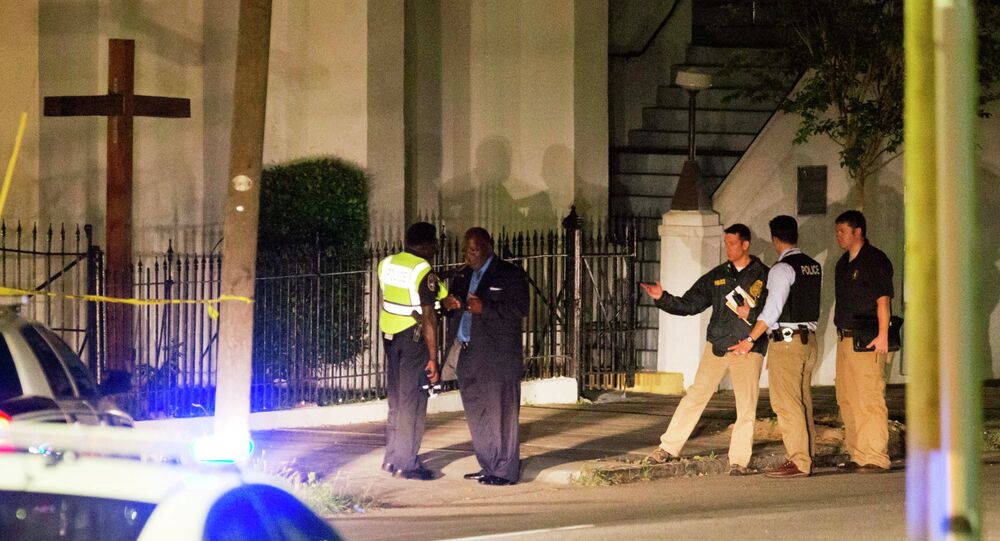 WASHINGTON (Sputnik) — In June, Roof was charged with nine counts of murder and possession of a firearm for the fatal shooting at the historically black the Emanuel African Methodist Episcopalian Church.

"With a different set of circumstances, and if you had dialed in religion there, Islam, that would be called an act of terror,” Holder told The Huffington Post on Tuesday. “It seems to me that, again on the basis of the information that has been released, that's what we have here.”

Earlier on Tuesday, the Charleston church shooter has been indicted on three more attempted murder charges.

Holder said the shooting incident in South Carolina should become a wake-up call for the United States and underscores the existing domestic terror threat.

"I think as a nation, we as a people have not focused on the domestic threat,” he added.

Right-wing extremists carried out almost twice as many deadly attacks in the United States since September 11, 2001 than radicalized jihadists, according to the research by US public policy think tank The New America Foundation.