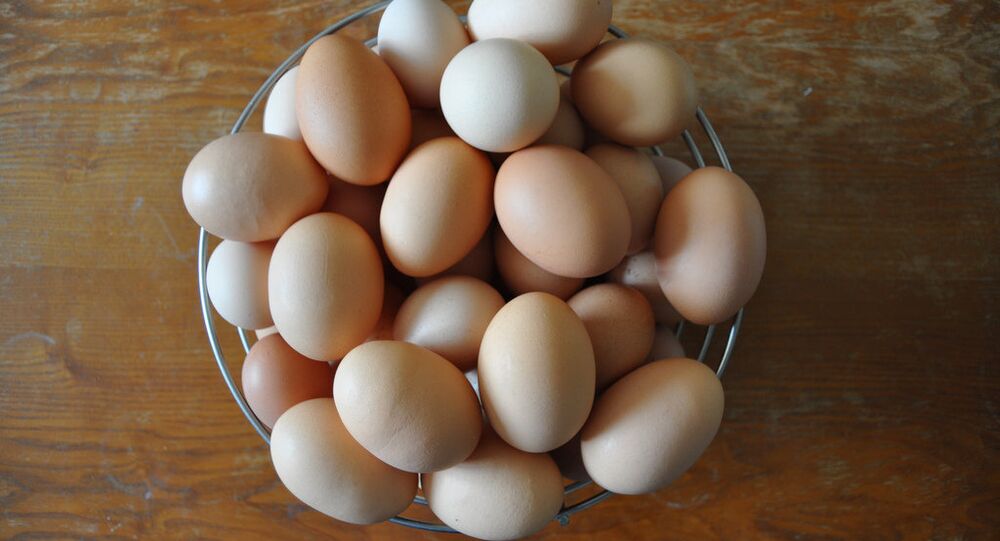 Four people have been charged with running or aiding a slave-labor ring that forced Guatemalan teenagers to work at egg farms in central Ohio, while having their money taken.

According to a federal indictment unsealed Thursday, some of these teenagers were as young as 14-years-old. Eight teenagers and two men were held isolated in trailers while not working at the farms. According to charges, some were threatened to cooperate with their lives. One teen was told his mother “would lose her hand” if he did not give up the money he earned at the farm.

Qatar Mega Marathon/Facebook
Eyes on the Prize: Qatar Forced Slave Workers to Run Marathon to Set New World Record
The charges were announced by the U.S. Attorney’s Office for the Northern District of Ohio in Cleveland.

They are against Aroldo Castillo-Serrano, 33, of Pecos, Texas; Conrado Salgado Soto, 52, of Raymond; Ana Angelica Pedro Juan, 21, of Columbus; and Juan Pablo Duran Jr., 23, of Marysville.

Castillo-Serrano, Salgado Soto, and Pedro Juan are charged with a count of labor-trafficking conspiracy.

Castillo-Serrano is also charged with 10 counts of forced labor, while Salgado Soto and Pedro Juan are charged with eight.

These four are accused of recruiting families in Guatemala as far back as 2011by promising safe passage into the U.S., protection, and a good education for their children. Instead, they were forced to live in run-down trailers owned by Castillo-Serrano in the Oakridge Estates mobile home park on Marion-Agosta Road in Marion. Some of these mobile homes had no heat in the winter.

The laborers were transported each day from their dwellings to Trillium Farms’ facilities in Licking County, as well as to egg farms in LaRue, Mount Victory and Hardin’s County’s Goshen Township.

Trillium was not charged. Company officials say they were misled by the accused, who ran a company that Trillium contracted with for labor.

“When federal officials made us aware of a possible employment issue with one of our contractors, we immediately cooperated and assisted in the investigation” said Chuck Renken, as reported by the The Columbus Dispatch.

Trillium Farms’ director of human resources. “That work led to the swift identification and same-day rescue of the employees believed to be working against their will.

“Our contract with the company was terminated by Trillium Farms, and the company is no longer working for us.”

According to Renken, the company is updating its hiring and training practices.