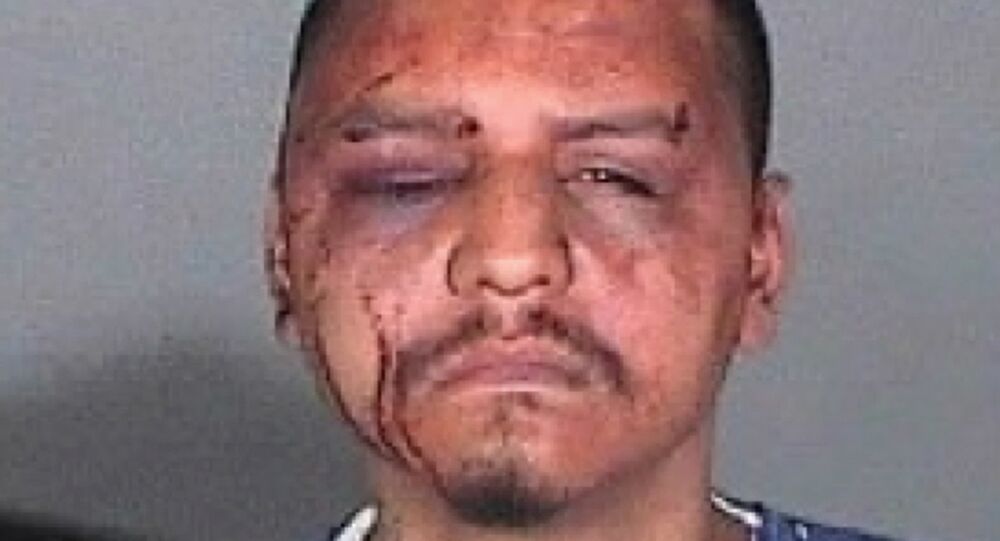 Three Los Angeles County sheriff’s deputies were found guilty on Wednesday in the violent beating of a jail visitor, which they attempted to cover up.

Gabriel Carrillo was falsely imprisoned after going to visit his brother at the LA Men's Central Jail in February 2011. Carrillo had reportedly brought a cellphone into the lobby, which was against jail policy, and a misdemeanor crime.

Carrillo was handcuffed and brought into an employee break room.  The police claim one of his hands was released for fingerprinting, at which time he began swinging at the officers and attempting to escape.

Carrillo and his lawyers maintain both of his hands were handcuffed to a chair as the deputies beat him and doused him with pepper spray.  The beating was so severe, in fact, that he suffered a broken nose and facial paralysis as a result.

Deputies Noel Womack and Pantamitr Zunggeemoge, who were allegedly involved in the assault, reached plea agreements prior to the trial and crossed the thin blue line to testify that Carrillo really was handcuffed to the chair during the beating. The deputies also testified that everyone agreed to tell the same lie about his escape attempt, Yahoo News reported.

The prosecution also presented photos of the bruising from Carrillo’s handcuffs, which jury foreman Tony Tran credited with proving he was handcuffed, and therefore, the three defendants’ guilt.

Now, Sergeant Eric Gonzalez and two deputies, Sussie Ayala and Fernando Luviano, have been found guilty of deprivation of civil rights and falsification of records. Gonzalez and Ayala were also convicted of conspiracy to violate constitutional rights.

The sentencing is scheduled for November 2, and all three are facing six years in prison.

A federal investigation into the department has led to a string of almost two dozen charges against officers, ranging from excessive force to obstruction.  So far 14 members of the department have been convicted on the various charges.