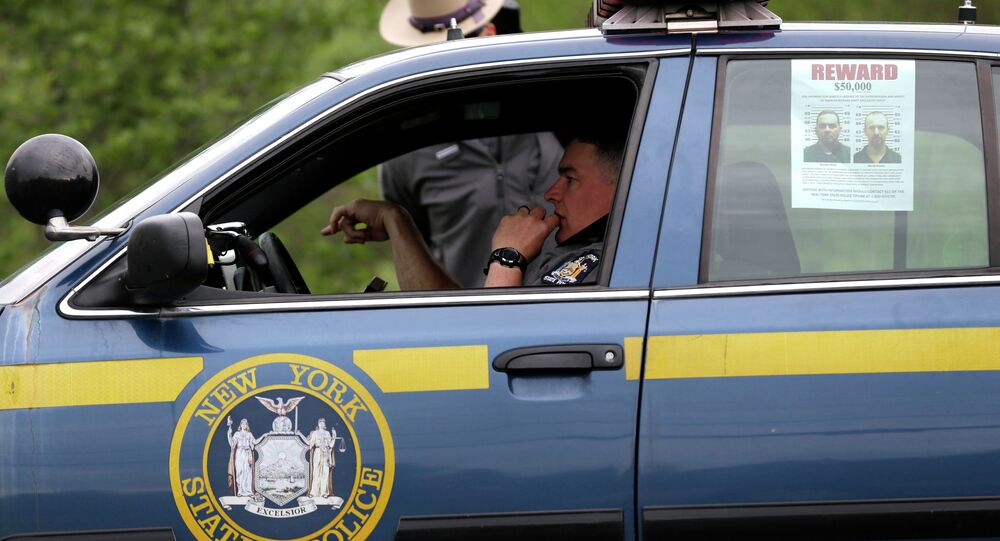 Two convicted murderers who escaped from a maximum-security prison in the US state of New York in June used a cabin rented by several prison guards to hide from police, local media reported on Wednesday.

NEW YORK (Sputnik) — New York State Police launched a manhunt for Richard Matt, 48, and David Sweat, 34, on June 6, after authorities at the maximum-security Clinton Correctional Facility discovered they were missing.

“Authorities have DNA confirmation that [the escaped prisoners] were at a small, remote hunting camp in Mountain View five days ago,” the Press Republican reported.

“The area has been searched ever since John Stockwell, one of the correction officers who leases the camp, went there and discovered a jug of water and jar of peanut butter out on a table.”

The media outlet also reported that Stockwell saw a man run out of the back door of the cabin, but he was unable to determine if he was one of the escaped prisoners.

Matt and Sweat escaped through a series of elaborate tunnels with the use of power tools, officials said.

Matt was serving a sentence of 25 years for kidnapping a man and beating him to death, while Sweat was convicted of first degree murder of a sheriff's deputy and was serving a life sentence without parole.

Clinton Correction Facility is located about 25 miles south of the Canadian border in the town of Dannemora, New York.

US Prison Population Soars to 2.3Mln People at Annual Cost of $7Bln