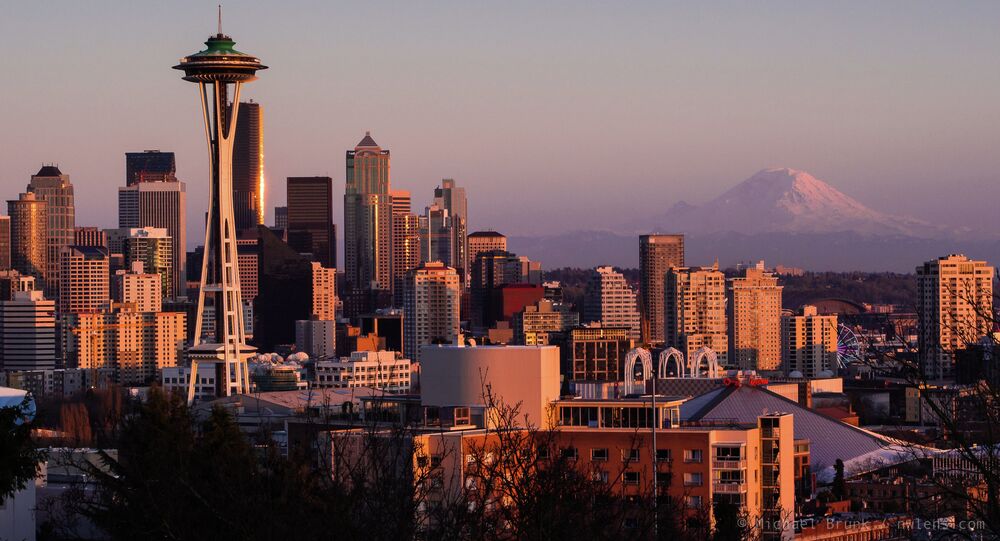 On Tuesday, the city of Seattle confirmed they have settled a lawsuit in the case of a man shot in the face by cops in front of his 20-month-old child. The nearly $2 million settlement is believed to be the largest police abuse settlement in the city’s history.

Nathaniel Caylor, 35, was shot in the face by Seattle Officer Eugene Schubeck in May 2009, after a relative called police with concerns that Caylor may be suicidal after his child’s mother had died two weeks prior.

His son, who is now seven, witnessed the entire incident.

Caylor’s jaw was shattered, and a flawed investigation resulted in his son being wrongfully taken from his custody for a year, the suit alleged.

A standoff ensued after Caylor refused to open the apartment door when the police arrived.  He stated he believed that his son might be injured if the officers forced their way into his apartment.

The officers had reportedly been in communication with Caylor, who stepped out onto the porch, where he got into an argument with Schubeck for pointing his gun at him.  As Caylor turned to go back into his apartment, Shubeck opened fire and shot Calyor in the face.

According to court documents, Schubeck told fellow Officer Don Leslie of his intentions to shoot Caylor prior to opening fire, to which Leslie responded, “don’t miss.”

Leslie testified that he was shocked when Schubeck fired his weapon, and stated that he hadn’t believed that the officer was serious when he stated his intentions to shoot the 28-year-old father.  In his sworn deposition he claimed to believe that the officer had his gun drawn simply as a “power play.”

According to statements and court records, Schubeck acknowledged that the child appeared to be safe, undermining the officer’s later claim that he shot Caylor out of concern for the child’s safety.

While Caylor told the officers he had a weapon in the home, it was never brandished and was later found unloaded and hidden behind clothing in a bedroom closet.

His child was taken by Child Protective Services following the shooting, after detective Jeffrey Mudd told the agency that Caylor had used his young son as a human shield and threatened to kill him.  There was zero evidence supporting Mudd’s claim.

Seven years after the shooting, which caused Caylor to require 17 surgeries and left him with a face full of screws, metal plates and bone grafts, the city settled the lawsuit as well as paying approximately $524,000 for the defense costs of the officers.

Schubeck remains on the force as a patrol officer and hostage negotiator, and was among officers who sued the department after federal reforms on use-of-force policies, which they believed to be “restrictive.”

California Cops Joke on Camera About Kicking an Amputee