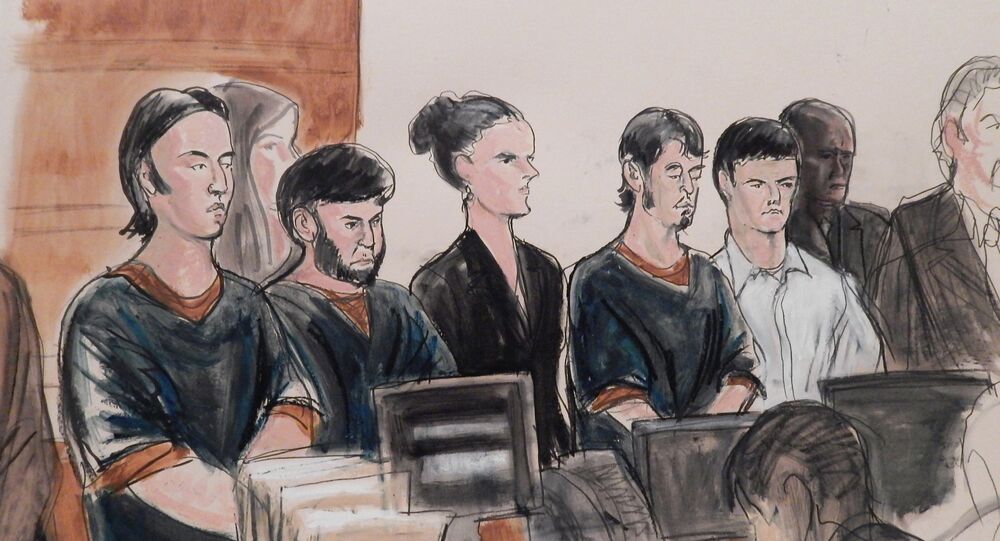 A fifth person from the US state of New York was charged for providing material support to the Islamic State terrorist group, the US Department of Justice said in a statement on Thursday.

Saidakhmetov is a citizen of Kazakhstan, while Juraboev, Habibov and Kasimov are citizens of Uzbekistan.

Saidakhmetov was arrested on February 25, 2015, at the John F. Kennedy International Airport in New York City, where he was trying to board a flight to Turkey on his way to Syria, officials said.

“A second superseding indictment was unsealed charging Akmal Zakirov, 29, an Uzbeki national, with attempt and conspiracy to provide material support to [the Islamic State], a designated foreign terrorist organization.”

US authorities have indicted four other men on similar charges since February 2015.

“Zakirov is the fifth [person] to be charged as part of the network of individuals alleged to have conspired and attempted to provide material support to [the Islamic State],” US Attorney Kelly Currie said in the statement.

Habibov is accused of funding Saidakhmetov's efforts, and was arrested and made his initial court appearance in the Middle District of Florida.

Juraboev had purchased a ticket to fly to Istanbul in March 2015.