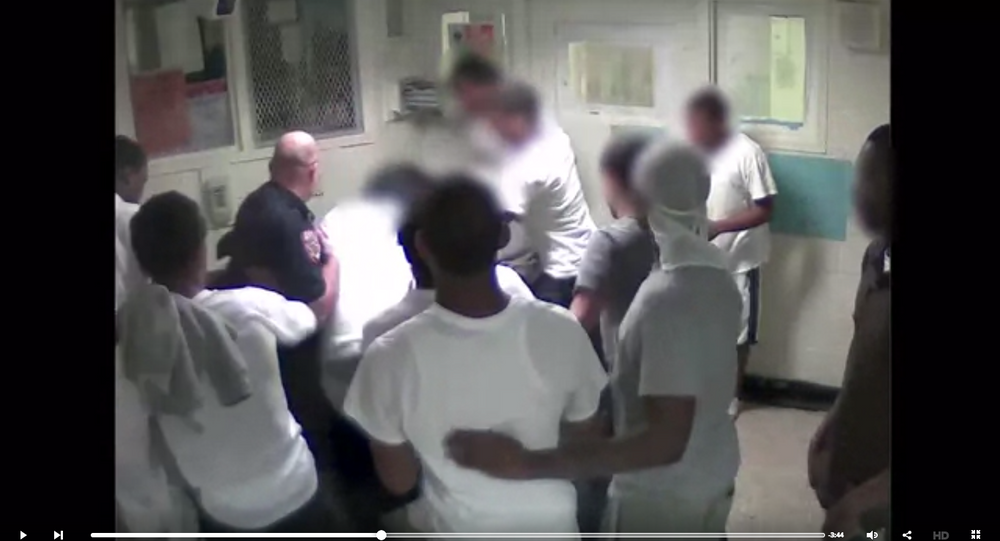 New York City residents gathered for a ceremony on Thursday to mourn the death of Kaleif Browder, who killed himself on Saturday after being jailed for three years without trial, Gathering for Justice Executive Director Carmen Perez told Sputnik.

NEW YORK (Sputnik) — On Thursday, about 100 people attended the vigil in front of the Metropolitan Detention Complex in New York City.

“It’s beautiful that so many people came out to mourn the loss of a young man who obviously was in the system for no reason,” Perez said Thursday.

Perez, who helped organize the vigil, said her heart “keeps on breaking every time I hear these stories.”

In May 2010, Browder was arrested in New York City at the age of 16, and was released in June 2013 without being charged with a crime.

The suicide was a direct result of Kaleif Browder’s unwarranted three-year stay in jail, according to a statement by his family published by the Los Angeles Times on Monday.

New York City Mayor Bill de Blasio said in a statement on Monday that Browder fought hard to get out of jail and then to restart his life, but ultimately was unable to overcome the pain that emanated from his stay in solitary confinement.

@prisonculture I'm worried #kaleifbrowder's family & friends. And all of the ppl inside who witness suicide, lose their friends, while caged

Local media reported earlier that Browder remained in prison, because his family was unable to pay the required $10,000 bail to be released.

Browder was found dead at his family’s home in Bronx, New York on Saturday after he used an air-conditioning cord to hang himself, according to the New Yorker magazine.