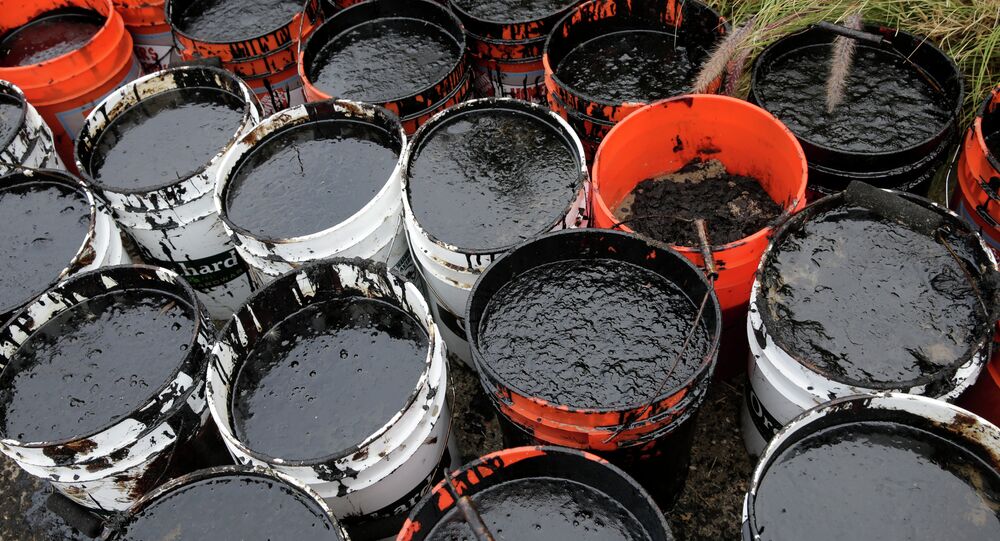 The US government should lift its ban on petroleum exports to diminish the sway of foreign countries whose objectives conflict with American interests, the US Chamber of Commerce’s Institute for 21st Century Energy President Karen Harbert said in congressional testimony.

WASHINGTON (Sputnik) — Allowing oil exports will support 400,000 American jobs per year and will generate an additional $1.3 trillion in US government revenue through 2030, she said.

Additional supply from the United States would create downward pressure on the price of crude oil globally and will enable oil production to ramp, creating jobs and generating revenue, Harbert told the US Senate Energy and Natural Resources Committee on Tuesday.

“Allowing the United States to export oil will benefit our economy and reduce the influence of countries and groups that use oil exports for purposes inconsistent with America's interests.”

"Providing a new, reliable source of oil for these markets would improve the negotiating position for our allies.”

The US Chamber of Commerce is the world's largest business federation representing the interests of more than three million businesses, according to the group’s website.

Russia is Ready to Import Iranian Oil Under Barter Deal