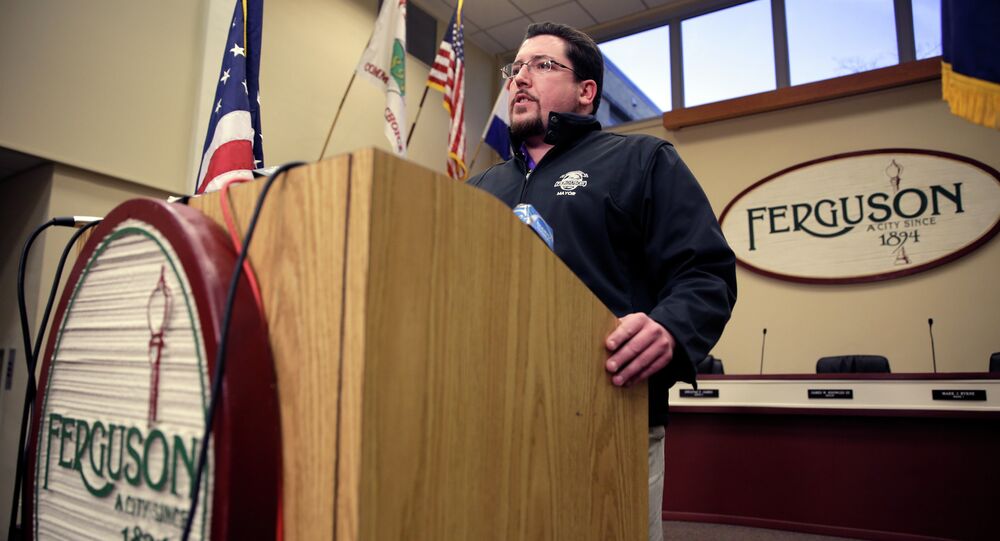 The effort to remove the mayor of the US city Ferguson hit a roadblock Tuesday after the St. Louis County Board of Elections said a petition for Mayor James Knowles’ recall fell short of signatures, his office said.

MOSCOW (Sputnik) — The group had to secure the support of at least 15 percent of the city's voters over two months to have a chance at forcing Mayor Knowles out of office.

"The City of Ferguson received notification today that the recall petition submitted for Mayor James Knowles III, lacks the required number of valid signatures according to the St. Louis County Board of Election Commissioners," the statement said Tuesday.

A local paper, St. Louis Post-Dispatch, cited the Board’s Democratic elections executive Eric Fey as saying that on May 28 activists handed in 1,984 signatures, but around 800 of them were tossed out because they came from unregistered voters or people outside Ferguson.

"We understand the rights of the petitioners and their recall efforts,” Knowles said.

“But for as long as I am Mayor, I will continue to work with Council and Staff to bring together the citizens of Ferguson…"

The activist group behind the petition, Ground Level Support, said it would be hard to collect the required number of signatures in the time they had left, but they would give it a try.

This is the latest episode of housecleaning in the city administration following a scathing federal report that found widespread racial bias in the Ferguson police. The probe came amid heightened pressure on the government over police brutality in the wake of a series of killings of black men by officers in 2014.