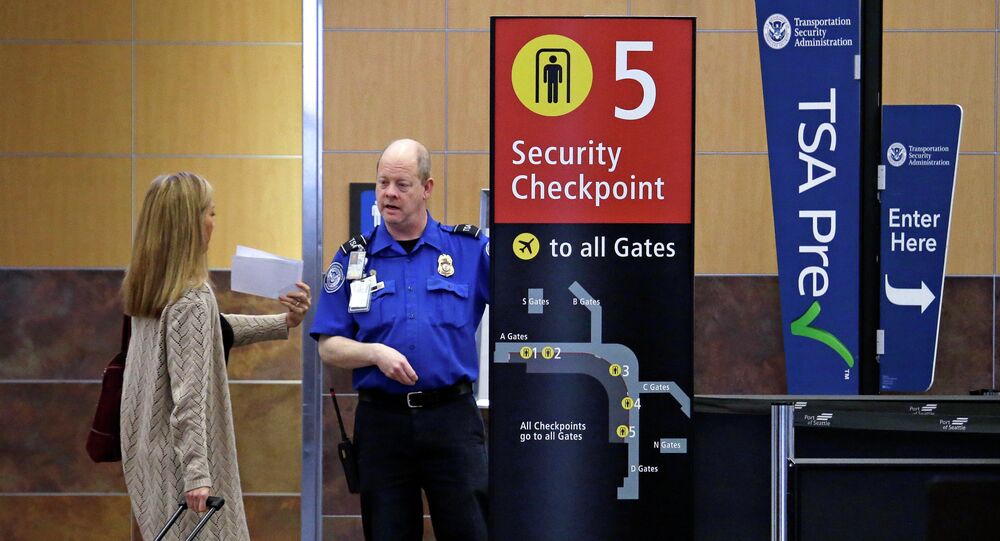 US Airport Security Review Unlikely to be Effective - Advocacy Group

The US Transportation Security Administration’s (TSA) approach to protecting US airports has been defective since inception, and the newly proposed reevaluation of screening procedures will have no effect, US advocacy group Move America Forward Director of Communications Danny Gonzalez told Sputnik on Wednesday.

“The TSA approach to airport security has been flawed from day one, and we do not believe that the ‘reforms’ suggested from [US Homeland Security] Secretary Jeh Johnson will make any significant improvement in overall security.”

On Monday, Johnson called for a revision of TSA operating procedures, following a series of tests that showed a startlingly high level of TSA failures to identify mock weapons and explosives.

“Our TSA agents need to learn what signs to look for, how to spot a potential security risk based on factors like race, age, sex, and attire,” Gonzalez said.

In May 2015, the Government Accountability Office said in a study that the TSA has yet to eliminate a number of problems in passenger security screening. The report found that security checkpoint personnel made errors in screening passengers, and TSA did not have a process in place to evaluate the causes of the failures.

Move America Forward is a US grassroots organization focused on supporting the US Armed Forces and their missions to defeat terrorism, according to their website.