The US Federal Bureau of Investigation uses at least 13 fake companies to mask a small fleet of surveillance planes that are routinely flown at low altitude over major cities equipped with powerful cameras and cell phone surveillance equipment, a new report confirms.

The FBI says the surveillance flights are used for specific on-going investigations, but that warrants aren't obtained for their use. In the first confirmation by law enforcement officials of the widespread use of the planes — after much citizen speculation — the Associated Press found that the planes flew over 30 cities in 11 states within one 30-day period.

Though spokesman Christopher Allen insisted in a statement that "The FBI's aviation program is not secret," basic information about the flights is censored out of official Justice Department reports from the inspector general. Mentions of the flights have also been kept out of court documents.

The planes used have been tracked to at least 13 fake companies such as FVX Research, KQM Aviation, NBR Aviation and PXW Services, according to the AP.

"Specific aircraft and their capabilities are protected for operational security purposes," Allen explained, adding that the FBI's planes "are not equipped, designed or used for bulk collection activities or mass surveillance."

The planes do carry camera equipment that can capture video on a group suspected of criminal activity, however.

Before this report confirming the planes as FBI surveillance craft, the American Civil Liberties Union and others had started looking into such planes flying over cities.Those investigations have pegged LCB Leasing, and other mysterious companies, as fronts owned by the federal government.

The ACLU is currently awaiting its Freedom of Information Act requests to confirm what it strongly suspects: that these planes are outfitted with high-definition video surveillance known as ARGUS, previously tested by the police department of Dayton, Ohio.

What is known is that the planes can also be outfitted with devices known as Stingrays — used to sweep up masses of information from cell phones by imitating cell phone towers, even if a phone isn't in use or the person who has it isn't in public. Officials told AP the use of such technology is rare. 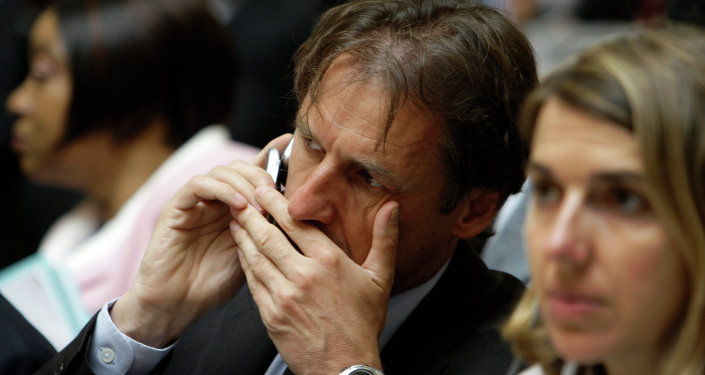 The use of this type of surveillance raises questions about how it should be authorized, under what circumstances, by whom, and with what limitations. As surveillance technology gets more sophisticated and invasive, critics call for updated privacy guidelines to protect civil liberties.

"These are not your grandparents' surveillance aircraft," said Jay Stanley, a senior policy analyst with the ACLU, calling the flights significant "if the federal government is maintaining a fleet of aircraft whose purpose is to circle over American cities, especially with the technology we know can be attached to those aircraft."

Reports of planes suspected to be conducting surveillance over cities go back as far as 2003, with 100 identified by April of this year by the AP, which also traced the identity of 50 planes back to the Bureau. In one example, one the front companies shared a post office box with the Justice Department, indicating a direct link.

The planes were hidden behind at least 13 fake companies, with names like FVX Research, KQM Aviation, NBR Aviation and PXW Services. The FBI says masking the planes protects pilots and keeps surveillance subjects unaware they are being watched.

The Drug Enforcement Administration had a similar program comprising 192 planes at the time of a 2011 Justice Department report. And the Marshals Service has operated an aerial surveillance fleet equipped with Stingrays since 2007, as revealed in reports by the Wall Street Journal last year.

The Electronic Frontier Foundation filed a Freedom of Information Act suit in February for information about the Marshals Service program, citing the "urgency to inform the public about an actual or alleged federal government activity." 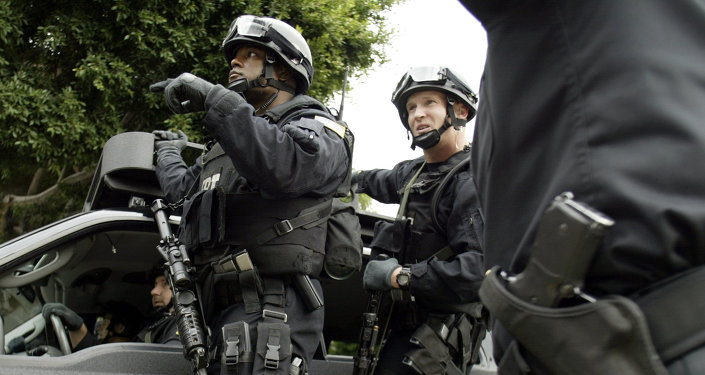 During the recent protests in Baltimore over the death of Freddie Gray, demonstrators and residents noticed the presence of low-flying planes circling the city, and Baltimore officials admitted that surveillance planes were being used during the unrest.

US Attorney General Loretta Lynch addressed questions about the planes but dismissed their use as routine.

"It is actually not an uncommon practice for police helicopters to fly over to try and figure out where are people moving to, or where might violence be breaking out and provide information down to the field, similar to officers on the ground providing surveillance reports," said Lynch.

In Minnesota just last week, activists looking into the mysterious flights being spotted around the country spotted one in Minneapolis, using flightradar24.com to track its strange looping patterns over the city.