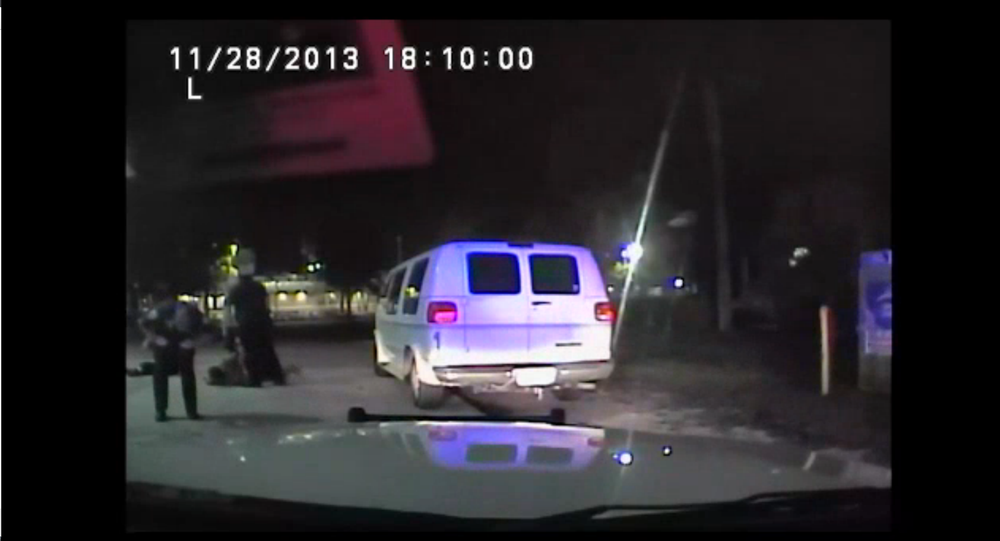 The November 2013 incident caught deputies from the Palm Beach County Sheriff's Office assaulting Shawn Hawkins, a man who was allegedly involved in a domestic dispute earlier that night.  The officers claim that Harris was uncooperative and refused to step out of his vehicle, although he did hand over a small pocket knife which he had in his pocket when asked if he had any weapons.

The officers claim that Hawkins became belligerent with them while being questioned about the earlier incident.  They also claimed they could smell alcohol on his person.

As they placed Hawkins under arrest, they can be seen tackling him to the ground.  The police claim Harris hid his arms in an attempt to resist arrest.  This apparently was reason enough for the officers to begin punching the restrained man in the kidneys repeatedly.

During the assault, one of the officers pulled out pepper spray to use on Hawkins, but accidentally sprayed two of his fellow officers.

As the officers tended to their eyes, an officer appeared to have no trouble getting Hawkins to comply, yet smashed him against the van repeatedly anyway.

Another officer entered the fray and began punching Hawkins in his side as his hands remained restrained behind his back.

“Do [sic] to Hawkins refusing Both D/S Cantu and I simultaneously Drive stunned Hawkin with our PBSO issues taser’s on Hawkins back.  Initially Hawkins still would not comply with our orders, however, after I administered another drive stun Hawkins released his arm allowing D/S Moss to complete the handcuffing,” the arrest report reads.

Hawkins is now facing charges of resisting arrest and battery of a law enforcement officer.

One of the officers involved, Deputy Ernest Cantu, has fatally shot at least three other suspects in the past.  His most recent kill was a burglary suspect in April.

Jail or Mace in the Face: Judge Offers Unorthodox Choices for Punishment