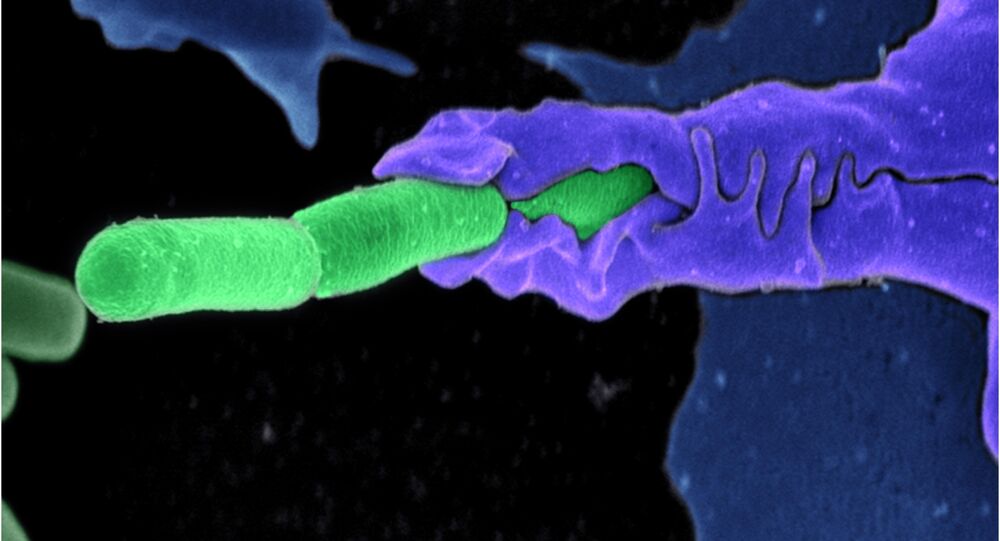 A US military lab shipped samples of live anthrax to three Canadian laboratories, after last week's disclosure that samples of the bacteria were mistakenly sent to several US states and foreign countries, US Defense Department officials told USA Today.

© AP Photo / Manuel Balce Ceneta
US Apologizes For Sending Live Anthrax Samples to South Korea Military Base
MOSCOW (Sputnik) – According to the unnamed Pentagon officials, a Utah US Army lab shipped the samples, thinking they were inactive, for research purposes, the media outlet reported Monday evening.

On Wednesday, Washington said it was investigating into the anthrax samples shipment to laboratories in eleven US states, Australia and South Korea.

US Department of Defense (DoD) spokesperson Col. Steven Warren told Sputnik in a statement Wednesday that the DoD used the anthrax samples to develop a field-based test to "identify biological threats in the environment."