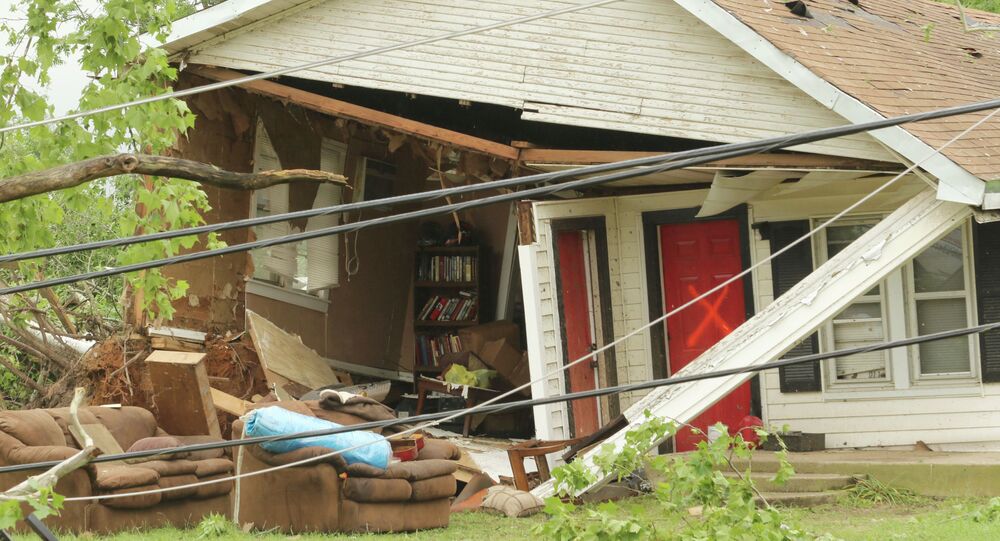 Active Search for 12 Missing After Tornado in Texas

Emergency officials near the capital of the US state of Texas confirmed active search operations for 12 people missing in the floods triggered by a tornado, local media reported.

MOSCOW (Sputnik) — The Austin American-Statesman quoted Monday a Hays County emergency coordinator as saying 12 people from a group of visitors in the city of Wimberley have gone missing over the weekend.

idk if you guys heard about the Texas flood that just happened but LOOK pic.twitter.com/EqnsG07OlJ

Kharley Smith told the daily there could be more victims from the storm, while other officials said over 30 others' whereabouts were unknown but not yet confirmed missing.

The local publication added that officials were withholding the name of one person confirmed dead in the flooding, while other media reported three deaths in the state.

"This is the highest flood we've ever had recorded in the history of the state," Texas Governor Greg Abbott was quoted as saying at a news conference in Wimberley.

Abbott declared a disaster in 24 Texas counties in the wake of the tornado, while his office warned of additional severe thunderstorms, large hail, tornadoes and flooding.

"It's not over. The rain is still here," Hays County Judge Bert Cobb was quoted as saying at the conference, while Abbott said the flooding of Blanco River "can or possibly will affect people downstream."

Earlier, Mexico's state secretary said the death toll in Ciudad Acuna on the southern border of Texas has reached 13 while nearly 90 sustained injuries. One child remains unaccounted for in the wake of a six-second tornado.

Storms are passing and racing will resume shortly on a sloppy track! #rainraingoaway #texasflood #MemorialDay pic.twitter.com/Wk4qLtESgZ