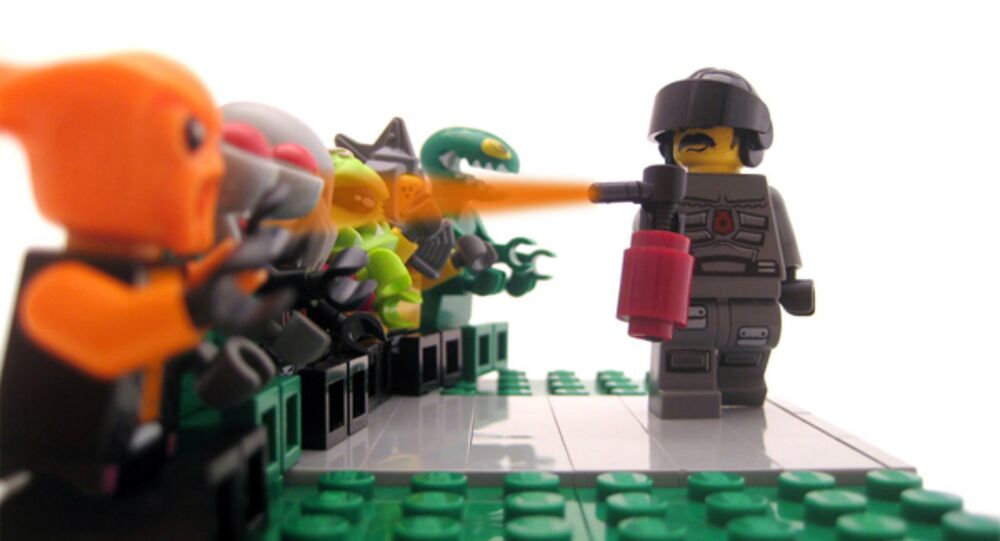 A lawsuit has been filed on behalf of a high school student who was pepper sprayed, thrown to the ground, and handcuffed for refusing to do his class work. The department has stated that the officers actions were in line with their use-of-force policy.

In March of 2014, a 17-year-old student identified only by the initials T.K. was in a life skills/emotional support class at his high school with his head down on his desk.  His teacher repeatedly asked him to sit up and do his work, but the teenager declined.  After several attempts to get the teen to comply, the teacher called in the dean who asked him to leave the room to talk  in the hallway.  T.K. continued to refuse and eventually the dean asked the teacher to move the other students to another classroom.

After doing so, the teacher returned to the classroom to attempt to reason with T.K. as the school resource officer, Hiel “Butch” Bartlett, waited in the hallway.

“The dean and teacher tried to calm the situation. At some point, voices became raised and T.K. got aggressive so defendant Bartlett entered the room as it no longer appeared to be a safety issue, but, instead, was turning into a police issue,” a response filed by Bartlett’s attorney stated.

The student became more agitated as the officer gave him orders, and reportedly raised his fist during the argument.

“Defendant Bartlett, following police protocol, pulled out his pepper spray and told T.K. that he would count to three before using it unless T.K. cooperated, got out of his seat and went into the hallway,” Bartlett’s attorney’s response continued.

“Don’t f---ing spray me with that,” T.K. reportedly replied.

The resource officer proceeded to count to three while the dean and teacher continued to attempt to calm the situation.  As Bartlett got to three, he sprayed the student with pepper spray, pulled him from his desk, held him on the floor for 30-40 seconds, handcuffed him and escorted him to the dean’s office, the suit alleges.

The suit is claiming excessive force was used on the teenager, as well as false arrest, malicious prosecution, assault and battery and intentional infliction of emotional distress.  The family is asking for both compensatory and punitive damages.

“In order to maintain control of the situation and protect the safety of other individuals, defendant Bartlett followed proper procedure in placing T.K. on the floor and restraining him so that he would not be a threat to any other persons. All of this was according to police protocol and proper procedure,” Bartlett’s attorney said in response to the incident.

In addition to the complaint directly regarding the assault, the suit also claims the officer’s actions after the incident were harmful to T.K.  The complaint states that the officer failed to properly decontaminate the student after pepper spraying him, and that a search of his coat after he was taken home to his mother’s house was unreasonable and without cause.

The Bradford City Police Department, where Bartlett is employed, has defended the officer’s actions.

“After speaking to school administration and staff, the officer’s conduct and use of force was determined to be in line with the police department’s use-of-force policy,”  Police Chief Chris Lucco told The Bradford Era.

Another day, another police department claiming they investigated themselves and found that they did nothing wrong.